Nakamoto Moves From Anonymity To Ambiguity

By Steven Gleiser
Published May 4th, 2016 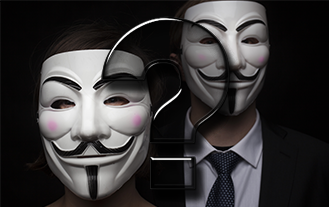 The internet is awash with reports about Craig Wright proving that he is the man behind the Satoshi Nakamoto persona, and with reports from all the skeptics denying it. Despite the fact that Gavin Andresen and Jon Matonis seem to believe that Wright is indeed the legendary Satoshi Nakamoto, the proof that Wright provides on his blog is inconclusive. Andresen claims that privately, Wright provided much more compelling proof, but refused to let him leave with it, so the skeptics rage on. To understand what is really happening, probably the best approach would be to put ourselves in the shoes of Nakamoto and figure out what we would do.

Since he – or they – created Bitcoin, Satoshi Nakamoto has remained in the shadows, taking his hands off the project completely and disappearing once Andresen took over and the project started garnering some niche support. Bitcoin and the blockchain could well be one of the greatest inventions in the history of finance, so the fact that its creator would rather remain hidden behind a false identity is already counter-intuitive to most. Given the fact that Bitcoin took off and became such a beacon of hope for many, elevated Nakamoto to the stature of a rock star.

It would be extremely difficult to come out of the shadows now and accept that role, especially because the whole mystery around Nakamoto served to elevate expectations even more. Anyone wanting to keep his or her involvement in the creation of Bitcoin secret would have enough personal reasons to justify the decision, especially given the current situation. Apart from that, one of the biggest tenets of Bitcoin is that its users should be able to remain anonymous – pseudonymous could be a more accurate attribute. So it makes perfect sense for Satoshi Nakamoto to remain in the shadows, except if he/she/they wouldn’t be able to do so anymore.

So what should Nakamoto do once Gizmodo and Wired started chasing after the “Wright trail”? Supposing that all the evidence presented to both Andresen and Matonis indeed proves that Wright is the man behind Nakamoto like Wired and Gizmodo claimed a few months ago, and keeping in mind the fact that Wright never wanted anyone else to know, the “smoke and mirrors” kind of proof that he provided us with makes perfect sense. Wright has two of the most influential figures in the Bitcoin community putting their reputation and their names on the line asserting that he is Nakamoto, while he himself refuses to provide conclusive proof to everyone else. This is fodder for skeptics and conspiracy theorists; it is the perfect plan to keep his privacy by other means.

That is so Satoshi of you…

Wright indeed made a gambit that only a person like Satoshi Nakamoto could do: if he couldn’t enjoy the benefits of staying out of the limelight by being anonymous, he would enjoy the same benefits by stepping into the limelight and creating ambiguity. Now there will be an endless debate between the trustworthy, influential people in the Bitcoin community who assert that Wright is Nakamoto, and all the rest who are basically demanding that Wright make a transaction from the Genesis block or they will not believe him.

In the end, the fact that enough skeptics will not believe Wright’s claim, will let him go back to being a private citizen without having to care about the burden of actually being Nakamoto. On the other hand, the fact that he provided solid enough proof to key people, will keep the likes of Wired and Gizmodo off his back. We will never be able to prove or disprove conclusively that Wright is indeed Nakamoto, unless the real Nakamoto comes forward with conclusive evidence, and that can only happen if he hasn’t come forward with conclusive evidence yet. That is the new reality. Now the only thing Wright needs to do is keep quiet, and let the bloggers battle it out. Brilliant move by Satoshi Nakamoto, turning anonymity into ambiguity!