Forums from Reddit to BitcoinTalk are awash with the most outlandish bitcoin conspiracy theories. 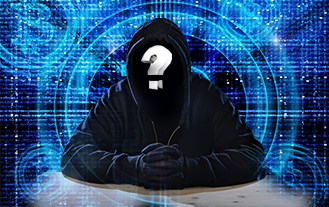 It seems like the headlines are running after Mike Hearn. Ever since the Bitcoin developer quit the network, Bitcoin price suffered, disagreements within the network’s development core became mainstream news and Hearn conspiracy theories have popped up all around. Bitcoin is no stranger to conspiracy, in fact, it has all the elements necessary to make theorists work around the clock. From the real identity of Satoshi Nakamoto, to Hearn’s job with R3, and everything in the middle, it seems that any kind of Bitcoin conspiracy theory generates a considerable amount of attention. Instead of chasing the Bitcoin conspiracy headlines, it would be more entertaining to list all the conspiracy theories that fizzled out as soon as the next one appeared.

Forums from Reddit to BitcoinTalk are awash with the most outlandish bitcoin conspiracy theories, but there are also some that sound pretty credible. Probably the vast majority of them revolve around the real identity of Satoshi Nakamoto, who some have even identified as Economics Nobel Laureate, John Nash. Indeed, Nakamoto’s real identity seems to be one of the topics that keeps people in general intrigued, whether or not they are part of the Bitcoin community. In fact, conspiracy theories around Nakamoto’s identity could be more popular with people who do not belong to the Bitcoin community than with community members.

There are various reasons for Nakamoto to keep his (or should it be their?) identity secret. The Genesis block miner is believed to control about 1million BTC. That is a huge fortune nowadays, so keeping a low profile seems like a sensible decision. However, a lot of people out there have been suggesting that Satoshi Nakamoto is actually an identity created by either the CIA or the NSA or some other government agency.

Great conspiracy theories thrive because they present a plausible, completely credible alternative scenario. It would not be too hard to believe that the government created Bitcoin as an experiment to keep track of people’s transactions and other spending patterns. In fact, Bitcoin effectively eliminates money counterfeiting, and makes it quite difficult for anyone to launder money. After all, every single transaction is recorded in a public ledger, so good luck trying to engage in monkey business, unless of course, you are selling illegal substances. Silk road anyone?

Many have said that Mt Gox engaged in all kinds of fraudulent behavior, including deceiving customers and actually stealing money from them. Conspiracy theories about what really happened still abound. However the most interesting one is the theory that Mark Karpeles – Mt Gox’s CEO – himself came up with to explain the theft of his coins and the disappearance of documents. Karpeles blamed 2 federal agents for the theft, arguing that they had been involved in the whole Silk Road story, and wanted to cover their tracks.

Other Bitcoin conspiracy theorists have written that the whole Mt Gox debacle was just about trying to inflate the price of bitcoin to dump it and then re-acquire when the price went down. According to these theorists, Karpeles tried to make a quick buck and ended up underestimating the resiliency of bitcoin’s value. It is only a matter of time until Hearn is blamed for trying to do the same: cashing out when bitcoin was at $450 USD, dropping a huge blog-bomb on the Bitcoin community to buy coins back at a lower price, and then waiting for them to recover their value.

This latest bitcoin conspiracy stole the focus of all of the conspiracies above. This one too, might join the list of the conspiracies that will be quickly forgotten as soon as the media focuses on the next one, unless it really has a negative impact on bitcoin. The WannaCry ransomware attack that took place on May 12th, 2017, quickly took on a twist. Hackers encrypted files belonging to key companies and governmental services in 100 countries around the globe, exploiting a Windows OS vulnerability that was allegedly created or discovered or used by the NSA before. The hackers asked for ransom in order to decrypt those files – although the amount they collected was mind-boggling low for such an attack.

This is where the bitcoin conspiracy angle started to capture the imagination of many. If these hackers used government-created vulnerabilities to ask for ransom in bitcoin, while at the same time asking for such small amounts of money, then this must be a government sponsored campaign to deligitimize bitcoin. Conspiracy theorists sustain that governments have no other tool to fight bitcoin other than deligitimization. They hope the negative PR that bitcoin would get as an instrument to collect ransom will justify governmental measures against the cryptocurrency all around the world. So far, we haven’t seen this ransomware attack affect bitcoin directly, which is why these accusations are likely to join the ranks of those forgotten bitcoin conspiracies sooner rather than later.