Augur Takes A Lead In Decentralized Forecasting And Investment 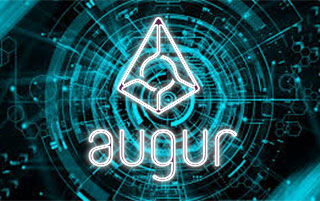 Ever since Ethereum was launched, it was only a matter of time until someone would take the initiative of creating an investment system based purely on market information and the will of every individual to take a risk – hopefully a calculated one. Augur has recently launched its platform, based on investment tokens on Ethereum, which has generated a lot of initial buzz. In order to explain this system properly, many parallels can be drawn to the binary options industry, while avoiding some of the obvious pitfalls. Readers and potential users must understand that Augur functions as a completely decentralized market place in which they can buy options, according to their appetite for risk and the outcomes they expect.

The principle behind how Augur works is quite simple, just as binary options are supposed to work. Users buy into a possible outcome, and if the outcome they bought into plays out, they are rewarded according to the risk they took. The outcomes are validated by a decentralized network. The following are the basic functions and features that Augur offers:

In a sense, Augur works in a similar fashion to a binary option. At the core of the market, there is only one question to be answered with only one of two possible outcomes. A given event will either happen or not, and investors take a position – put or call – depending on how they think the event will play out. Rewards are then given to the investor who was “in the money” or predicted correctly the outcome of the event within the time frame allotted to it.

The main differences between Augur and binary options are 1. The fact that the system is decentralized, and the market itself will regulate the odds of the outcome. 2. The fact that it is a trustless system in which no central authority will be able to bend or otherwise tamper with the information, in order to fool users. This effectively creates the possibility for blockchain powered derivatives. In theory, users will be able to take any projected event and turn it into a binary position: it will either happen or it will not. For example, will gold close above the $1,300 USD mark on Monday, yes or no? Users will then be able to invest in gold without directly holding the commodity or even investing in it indirectly through shares or bonds issued by mining companies.

Augur offers – theoretically – to reduce the outcomes of any event into a position that can be bought and sold in the market. The odds of that given event happening or not, will be directly correlated to the market price of the positions in the outcome. This reduces any event that may occur into a tradeable option, opening markets to virtually anything and everything, albeit indirectly, whether it is traded on a stock exchange or not. In theory users will be able to buy a position in the outcome of US elections, or on the trajectory of the next hurricane.

Augur can clearly be taken as binary options 2.0, with complete transparency and many more outcomes in which to invest. Clearly a very interesting service, which users can access without fearing scams. Nevertheless it should be approached with extreme caution. However abstract the concept may sound, users will be risking their money for real, so they must be prudent.