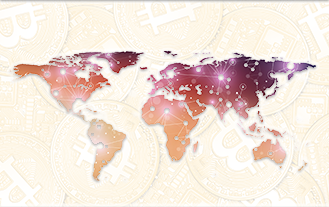 The Bitcoin community descended into a fully-fledged civil war. Beyond the disagreements between SegWit proponents and the Bitcoin Unlimited – BU – camp, many in the community lost their sense of civility. Reddit and Twitter posts from personalities like Jihan Wu, show that true consensus is probably no longer an option. Instead during the past week, the community witnessed how a BU exploit became the first shot in a high stakes bitcoin civil war. This war is quickly becoming more about politics and legitimacy than about finding a viable solution to transaction problems through true consensus.

Many media outlets have warned in the past about this impending bitcoin civil war, but when they did, there was still hope that both the SegWit and the Unlimited camps would find common ground for a solution. Those hopes have all but evaporated. Instead the community is now looking at an imminent hard fork to split an economy that is worth about $17 billion USD. Bitcoin is also the most widely accepted cryptocurrency, the most well-established and the only one that is widely connected to the mainstream. Even its brand is more valuable than that of any other cryptocurrency that currently exists. These are the stakes in a bitcoin civil war and the actors caught between the warring factions are already adjusting to the possibility of a grueling post-war reality

Like in any other war, businesses, organizations and individuals often try to safeguard their own assets. Following the Bitcoin Unlimited exploit tweet from Peter Todd, 20 major exchanges came together and announced how they will operate in the event of a hard fork. These exchanges will allow people to trade both versions of bitcoin on their platform. This is the most pragmatic way of dealing with the bitcoin civil war, leaving the issue of legitimacy aside. Nevertheless, it is an option that only the biggest players can adopt. Small businesses and individuals who make up the bottom of the pyramid within the bitcoin economy, will suffer the most, just like in any other civil war.

Protecting Everyone from the Consequences of a Bitcoin Civil War

Common users might only be able to abandon the bitcoin economy altogether to protect their wealth. They would in effect turn into those who seek refuge from the fighting, quite likely flocking to other cryptocurrencies, looking for a legitimate alternative. If and when smaller users start abandoning the bitcoin economy, their actions will show what true consensus means. Core and Unlimited are both under the impression that they can go ahead and fight it out until a post-hard fork status quo emerges. Either camp could find itself winning a pyrrhic victory once the dust settles.

The Bitcoin Civil War and its Consequences are Predictable

The interests of the users are at the core of the issue here. A hard fork might not serve the interests of the users at all, especially because they don’t necessarily have a voice in the matter. All that matters to either camp is how many blocks signal SegWit or BU, and even with that in mind, the problem should be abundantly evident to both sides. The issue is no longer about the quality of the programming or the effectiveness of the solution. The issue is about politics, it is about the hearts and minds of bitcoin users; it is about legitimacy. Nevertheless, block signaling can already show that the consequences of the bitcoin civil war are predictable.

The Ethereum hard fork may provide some insights into the way politics may play out after a bitcoin hard fork. About 10 months ago, Ethereum forked. Those who were opposed to the hard fork solution to the DAO attack, formed Ethereum Classic. In theory, bitcoin could end up in a similar situation, if it wasn’t for the degree of support that both camps have. When Ethereum forked, about 85% of the network agreed with the fork. That is probably as close to consensus as anyone can hope for. Even though the dissidents stayed with Classic, the markets now show that any economic loss from the dispute between the Ethereum consensus and the dissidents was temporary.

Neither SegWit or BU will be able to muster the support necessary to fork like Ethereum did. Neither side will be able to get the support of 85% of the network. Many would say that the Ethereum example is not relevant because both networks are fundamentally different. That is true for those who focus on the technical issues, on the code and on the purpose each network fulfills. Whoever focuses on the politics will understand that the difference between getting the support of 85% of the network and getting the support of only 65% of it, is significant. This dispute is about agency and legitimacy, not about block size and cryptography.

Varying degrees of support in a consensus seeking system matter. Users will react radically different to any version of any digital asset that manages to gather the support of 85% of its network than to any version of bitcoin that can barely put together a simple majority. A bitcoin civil war outcome that forces small actors to choose between the sides will never have the legitimacy that bitcoin has now. The fact that both camps in this bitcoin civil war started trading barbs instead of being hard on the problem and soft on the people, will only serve to alienate users even more.

It might be too late to stop the bitcoin civil war now, but it is never late to let the generals commanding the armies on both sides, that the common users are genuinely concerned with how they are handling the issue. No one should bestow either side with the legitimacy it seeks if their penchant for a hard fork succeeds in destroying the network as we know it. Common users should not lend themselves to the irrationality of this bitcoin civil war. If the big shots want to fight it out, the common users have the responsibility to convey their disagreement, and the duty to be hard on the problem and soft on the people.