Blockchain Tyranny By Consensus Is Not The Enemy

Blockchain projects like Bitcoin and Ethereum accused of deploying a ‘subtly tyrannical’ system by one of the Bitcoin’s most prominent early promoters. 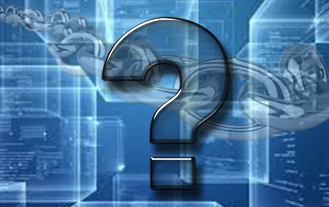 Stefan Thomas, one of the most prominent early promoters of bitcoin who abandoned the project in 2012, has come out accusing blockchain projects like Bitcoin and Ethereum, of deploying a ‘subtly tyrannical’ system. Thomas may have a point or two, when it comes to the cumbersome process of making the changes these systems need in order to enhance their functionality or overcome obstacles. After all, consensus is by definition the hardest kind of agreement you can reach in any situation in which you have multiple stakeholders – regardless of the number. However, we must all accept that every system has its flaws through a more nuanced approach instead of branding them a Tyranny.

Since the term ‘tyranny’ has been well defined and studied by political sciencetists, it could be helpful to borrow a few insights from this social science to analyze Thomas’ argument. Tyranny is, according to multiple definitions on the Merriam-Webster online dictionary, a form of rule or government that is imposed by force, is oppressive, wields absolute power, and is controlled by a single individual or an outside agency or force. Furthermore, the concept is deeply linked to a lack of justice – some may say a lack of fairness instead.

Blockchain projects were launched with the express intention of achieving the opposite: to pluralize control over a system that has been monopolized by central authorities for centuries. As such, these projects tend to be inclusive to the extreme, and thus develop organizational flaws that result in cumbersome decision making processes and sluggish progress. Nevertheless, blockchain projects like Bitcoin, have succeeded in challenging the flaws of existing systems. There is value even in that, and Thomas is not giving these projects their due credit.

Bitcoin as an Experiment

The most compelling argument against labelling blockchain projects as a subtle tyranny, is that the first one and most valuable of them all – by market cap – was launched as an experiment. The experiment was very successful because it managed to overcome many shortcomings in the financial system, beyond the declared goals of eliminating middlemen and making internet commerce a true P2P endeavor. With the advantages came some disadvantages, but that happens with every system.

It is clear that an experiment of this sort cannot possibly be labeled as tyrannical despite its flaws. When no one is forced to use it or participate, and those who wish to quit can do so, just like Mr. Thomas, there is no tyranny.

Being a Product of Subtle Tyranny

Furthermore, the fact that Mr. Thomas participated and promoted the project without initially opposing its features, shows how much he learned from it. Had he asked an expert on the subject of decision making, organizational theory or any other related field of study about the organizational system behind bitcoin before joining and promoting it, he might have understood back then what he does now. Therefore that subtle tyranny served as his own learning ground, one that he was an integral part of, and the one which inspired him to design better systems.

Nevertheless there are many sectors and industries in which Bitcoin-like blockchains solve the problem. Finance is the most prominent industry in an ever growing list of industries that will benefit from blockchain, and it is not because “that industry has a relatively high tolerance for arcane and complex systems”, but rather because it makes operations quicker, more effective and less expensive. It would be hard to imagine an industry that has survived for centuries, adopting a system just because it can tolerate the arcane.

Additionally, blockchain technology has been used successfully for a number of other endeavors, like voting. Just recently the Republican Party used the technology for the Utah primaries, allowing people who were outside of the state to cast absentee ballots. This is just one of many examples in which blockchain technology does solve a bigger problem, without creating consensus issues. It would be quite hard to dismiss the technology as a subtly tyrannical, flawed technology after it has proven to be so useful.

Furthermore, if blockchain technology is as flawed as Mr. Thomas claims, it will quickly disappear on its own. So far we have seen the opposite happening; the technology is flourishing despite its drawbacks, with new blockchain projects seeking to overcome obstacles and be more adaptive. The way to find the balance between too much and too little consensus, is precisely by letting blockchain projects spread, keeping in mind that participation is strictly voluntary, hardly a feature of any tyrannical system.

If anyone wants to criticize a system such as the blockchain by using the ‘tyranny’ label, then it would be better to refrain from promoting any kind of project that builds upon the success of that tyranny, such as the interledger. There are definitely many flaws in almost every system we use on a daily basis, and blockchain came up as a useful solution for the flaws created by the financial system. It merely tried to provide a different set of options, and succeeded to the point that it is now being adopted by the system it sought to revolutionize.

This shows that to create value we must seek a way to improve the system instead of using labels that contribute to unnecessary polarization. It wouldn’t hurt if Mr. Thomas could acknowledge the benefits of Bitcoin and blockchain technology, which are evident to anyone who has ever used them. Additionally, a more nuanced approach would also go farther in contributing towards improving the system or garnering the most basic level of consensus to launch a new one.