How Are Banks DDoS And The Price Of Bitcoin Related? 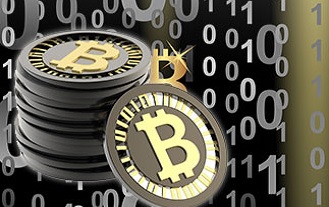 October 21st, 2016, will go down in history as a day in which the US suffered one of the most massive DDoS attacks in the world. The attack was brutal, bringing down servers and affecting corporate giants like Twitter, Spotify and Reddit among others. Increased DDoS threats coupled with ransomware attacks are putting major corporations on the spot. Recently, an article on The Guardian exposed the kind of insurance policy many of these corporations are getting to limit the negative effects from DDoS and ransomware attacks. Their insurance policy seems to be simple: hoard bitcoin.

Bitcoin as a Stopgap Measure

This article points to reports that corporations such as banks and other blue chip companies are recurring to what seems like a pragmatic solution. Paying the attackers off is cheaper than facing the brunt of the attack. Setting the misconceptions in the article aside – bitcoin transactions are traceable – this kind of policy might succeed in limiting the fallout from these attacks temporarily at best. Hoarding bitcoin will not stop the attacks, and will likely encourage more attacks. It also threatens to inflate bitcoin prices.

Blockchain Technology to the Rescue?

Bitcoin however may provide an insight into a more sustainable, long term security solution for corporations facing DDoS and Ransomware attacks. Blockchain technology coupled with advanced encryption could protect information from ransomware attacks and could also make it more difficult for DDoS attacks to be successful. Bitcoin’s blockchain for example, is believed to be highly immune to DDoS attacks, because of how its distributed computing network is set up.

In fact there is a recent precedent that shows how blockchains can be more resilient when facing DoS attacks. Hackers have been attacking Ethereum’s blockchain relentlessly. Despite the fact that transactions were slowed down and a part of the network was indeed affected, the network as a whole survived showing no signs of collapse. Programmers are now focusing on fixing Ethereum’s weaknesses, and the solution is widely expected to succeed in denying the attackers any future gain from a DDoS attempt.

Maybe corporations can learn from this example instead of actually hoarding bitcoin to pay attackers off. Nevertheless, if corporations start adopting a policy of buying bitcoin instead of addressing their security issues, they will remain vulnerable for longer. If this policy becomes widespread, the price of bitcoin will inevitably rise, and as more corporations join in on the buying spree, price volatility will also rise.

Click here to read The Guardian’s article on bitcoin and corporate vulnerability to DDoS and ransomware attacks.