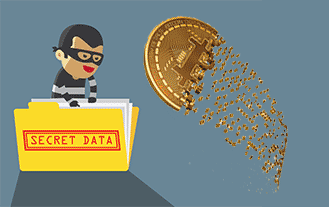 Internet allows us to do virtually anything we can think of, from communicating cheaply with people that are far away, to buying virtually anything, even with a unique currency like bitcoin. In fact, bitcoin would not exist without the internet. But all the technology that has been created so far to benefit human kind, has always been hijacked by parties looking out only for their own interests.

These interested parties taint the technologies they use and force a series of detrimental reactions. This is how cyber-crime became the next big thing for law enforcement agencies, and this is how bitcoin’s reputation got dragged down too.

In Latin America, a very unusual set of people have been paid to use every tool that the web provides, to influence the electoral process in favor of a given candidate. Not surprisingly, they have also used bitcoin to achieve their goals. This is the story of how hacker Andres Sepulveda got away with rigging elections for years before he finally got caught.

Bloomberg published the full story about Sepulveda on March 31st, 2016. In it the hacker goes into details about how he would create social media avatars to shape public opinion or spread rumors about opposing candidates. He even goes as far as saying that the way people take whatever is written on social media as the truth, is quite shocking. Apparently the only thing anyone needs to do is understand how social media works, open a fake profile – avatar – on media like Twitter and Facebook and they can start influencing public opinion immediately.

In the same article Sepulveda admits to hacking several computers, taking email lists and using them against the candidate from whom he stole them. If creating an avatar to influence public opinion is not a clear cut crime, stealing mailing lists and using them in a malicious manner is. But the hacker didn’t stop there. According to the same article, Sepulveda also intercepted private communications between the candidates and their staff.

Sepulveda managed to pull off clean operations thanks to the advantages of bitcoin. For example, the Bloomberg article claims that Sepulveda rented servers in Ukraine and Russia using bitcoin to pay for them, when he did the operation to influence the last Mexican presidential election. Without bitcoin it would have been almost impossible to get a hold of those servers in such a way in which there would be no paper trail going back to him.

Any time hackers succeed in rigging elections, it casts the internet in a bad light. If bitcoin is used to do so then automatically public opinion is primed to think about the whole Silk Road saga, and all the illegal things that bitcoin use may enable. In Sepulveda’s case in particular, it is alarming to read about the extent of the damage he did to various electoral processes in Latin America over the years using the same technological tools.