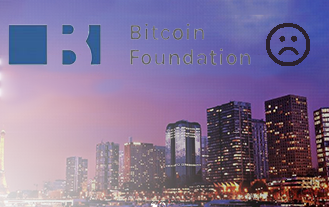 One of the foremost victims of the wild roller coaster ride that Bitcoin valuation has taken over the years, is precisely the institution that was established to advocate in favor of the currency. Some of those wild fluctuations in Bitcoin value came as a direct result of criminal activity directly related to some of the most prominent names in the Bitcoin Foundation at the time, which just adds to the irony. The fact that makes this such a tragic case is that some of those figures who were indicted and tried, were some of the founders of the not for profit endeavor. This created a double pronged hazard because of credibility issues and the high volatility of the organization’s Bitcoin denominated coffers. The foundation is now asking for donations, but its current situation, without a clear end in sight, could put the last nail in its coffin.

The Foundation has Issues

Bitcoin Foundation was established by a group of people that included Mark Karpeles and Charlie Shrem. These names have been related to a series of wrong doings. In the case of Karpeles, his criminal activity had a huge ripple effect on the valuation of Bitcoin. When his well-established Mt Gox exchange went bankrupt, the price of Bitcoin tumbled. Shrem was involved at some level with the whole Silk Road debacle, and accepted charges for aiding and abetting the operation of an unlicensed money transmitting business.

The involvement of these founding members in these crimes created a credibility problem for the foundation. The foundation’s current chief scientist, Gavin Andresen, has acknowledged that the illegal behavior of these two figures destroyed trust. It is quite difficult to get donations for an organization with a tarnished reputation, but the foundation’s woes go deeper.

The Market Rules All

The Bitcoin Foundation was once the only official advocate for the currency. They used to educate people and carry out activities to make Bitcoin a well known instrument. Since they started, others have taken up these activities; the foundation no longer enjoys the advantages of being a monopoly. In order to survive, the Bitcoin Foundation decided to focus only on technical development for Bitcoin and drop all other activities. This new focus can help save the organization, but it will still face stiff competition especially from disgruntled Bitcoin community members.

Do for others what you can’t do for yourself

The collapse of the Bitcoin Foundation due to lack of funding, contrasts sharply with the increase of investment in Bitcoin and blockchain related businesses. It seems that the foundation’s work in one way or another did contribute to promoting Bitcoin and heightening awareness, but it hasn’t been enough to save itself. In addition to creating a space for competitors, it has raised the profile of Bitcoin, making investors divert more funds into other Bitcoin ventures. The foundation in a classic tragic manner, is a victim of its success as well as of its credibility failures.

When you hit a Fork in the Road…

The foundation’s decision to go into development seems like another knee jerk reaction that could further intensify the pain it created for itself. Instead of going into a segment of the Bitcoin economy which is swarming with talented developers who can actively compete with the foundation at every level, it should have gone for the road least followed. Within the foundation’s website there are 6 focus areas. One of these areas is Poverty and Financial inclusion. It is not surprising to find the page linking to that option on the drop down menu, empty. Perhaps this is the road the foundation should have chosen, given that the Bitcoin economy has not addressed this problem properly and not enough efforts are being made to link the advent of Bitcoin to poverty reduction, economic development and financial inclusion.

Instead of thinking out of the box, the foundation has probably put the last nail in its coffin by choosing to enter a segment in which there is more competition, and in which donations are not historically natural. It is quite likely that people will be more willing to donate to an obviously noble cause instead of donating for further program development. Bitcoin Foundation doesn’t seem to find a way to stop inflicting damage on itself. Maybe it will just have enough wind left under its wings to learn from its mistakes and engineer a strategic shift that will pull it through. In the meantime it doesn’t seem like 2016 is going to be Bitcoin Foundation’s year.