Bitcoin Growth Due To Market Uncertainty?

By Amelia Tomasicchio
Published May 22nd, 2017 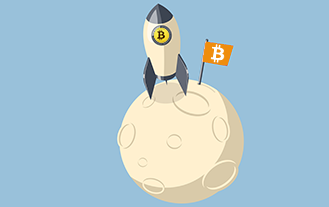 Today is bitcoin pizza day. As cryptocurrency enthusiasts celebrate the first time someone bought a product using bitcoin, it seems the markets can’t get enough of this cryptocurrency. Prices are shattering all-time highs on a daily basis. Bitcoin is toying with the $2,300 USD mark and it seems it still has a lot of impulse to keep going up, but what is driving the prices so high? What is responsible for the bitcoin growth rates we are seeing right now? The answer might be more complex than it seems, and there are surely many variables involved. One of them might be traditional market Uncertainty.

Bitcoin prices increased by more than 100% during this year and 125% since it hit its lowest price couple of months ago. While analysts suggest that this will be an opportunity for the digital currency to have larger media coverage, it is more difficult to understand what drove this kind of bitcoin growth. Regulation in Japan and wider adoption alone cannot explain this phenomenon. Other variables have been widely analyzed, and the argument is still not convincing; it is missing something else. The only variable left to look at is therefore traditional market uncertainty.

There are several other reasons for this sudden bitcoin growth, but probably the most influential of them right now is traditional market uncertainty due to perceived instability of the world order. The Trump administration is at the core of this uncertainty. This is happening from the first day of his presidency. Trump influenced bitcoin prices indirectly because of the political instability he is bringing to the US and the heighten level of tensions in key war flash points around the globe.

Bitcoin as a Refuge

In a period of instability, bitcoin becomes a safe haven because investors prefer to invest in a different currency. The US dollar is subject to devaluation, but it is also sensitive to internal US political affairs, trade deals and of course, the potential for conflict with states like North Korea. Same thing can be said for gold, which is bringing lower capital gains than bitcoin. According to recent studies, a $10,000 investment in gold in 2010 would have led to a loss of $20, while a $ 10,000 investment in Bitcoin would have led to a net gain of $200 million. Investors are well aware of this now, and their search for refuge is the force driving bitcoin growth.

Japan Increases its Demand for Bitcoin

From April 1st bitcoin became a legal method of payment in Japan and this lead to an increasing demand for the digital currency. Some important Japanese retailers incorporated bitcoin payments. But Japan is also one of the first targets of a potential North Korean military strike. This means that the Japanese have another strong reason to seek refuge in bitcoin, especially with an unpredictable president occupying the White House.

The Yen is the major fiat currency that is exchanged for bitcoin with a 45 percent against a 30 percent of US dollar, showing where bitcoin growth comes from. We can attribute price increases to recent Japanese regulation on bitcoin, but the threat of conflict must also play a role. Recently there are also reports of increased demand for bitcoin in South Korea, which strengthens the theory about instability leading to traditional market uncertainty.

While we consider this variable on bitcoin pizza day, there is one last observation that is obvious but serves to underscore how far bitcoin growth has come. Regardless of the reason for recent price increases, a slice of pizza today would cost about a million times less than it did back then on May 22nd, 2010. Hopefully bitcoin growth will continue to push forward without the threat of international calamity, so we can all enjoy our cheap pizza across all borders!