Bitcoin Mining for Dummies: How Bitcoins are Mined

Bitcoin mining is a process which on the surface is extremely complicated. But we’ve broken it down into a simple explanation explaining how Bitcoins are mined. 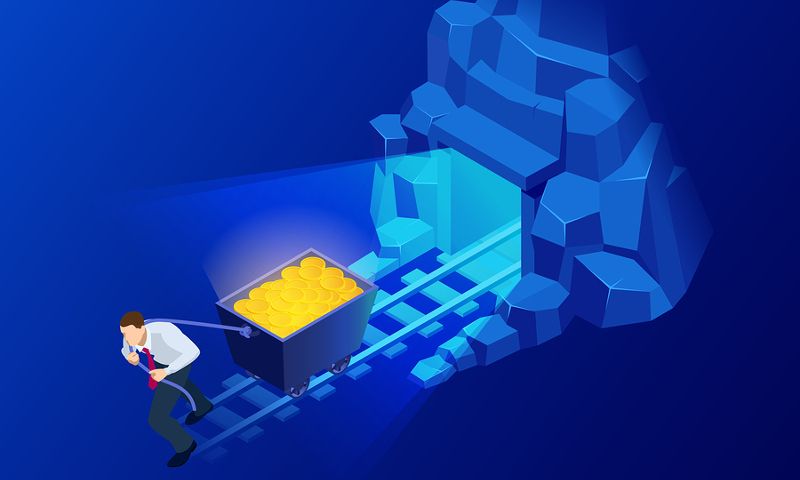 One of the most common questions about Bitcoin and one of the most misunderstood is the idea of mining for Bitcoins. This Bitcoin mining for dummies guide will explain how the process works in plain and simple English.

The first thing we need to address is what actually is Bitcoin? Does it exist anywhere physically?

Bitcoin is a digital currency which means it exists in digital form only. It is essentially a set of numbers stored on a computer as opposed to physical money which is paper. In today’s world this part is not so difficult to understand, after all when your money is in the bank it’s not physical either. It’s only an amount stored in a computer. The only difference is that you can get the bank to give you the physical equivalent in paper cash.

In both cases, however, the buying power or value of the money is not based on the intrinsic value of the paper or coin but rather what the markets has determined its worth. But that is for a different post, do let’s move on.

The important takeaway here is that Bitcoin is in digital format, made up of numbers. That’s the form it is created in and stays in for its entire life. When Bitcoin was first created it was setup to “mint” or print money at set intervals. And at each interval a certain amount of coins are released in a batch. The interval is roughly every 8 minutes and each batch is called a block. So every 8 minutes a block of coins is released. Each block currently contains 25 BTC (~$19,000) and every four years the amount of coins halves.

What is Bitcoin Mining for Dummies

Mining is essentially the act of releasing these blocks. The coins don’t release automatically, they have to be unlocked and that process is what has been termed Bitcoin Mining. Every block of Bitcoin is locked with a series of complex mathematical equations which need to be solved. When these are solved the block is released.

There are millions of these equations surrounding and each block and they are math problems that need massive amounts of computer power to solve. Not every equation has to be solved to free the coins, in each block there is a winning equation that unlocks the block but this could be the first, seventieth or second millionth equation attempted.

A computer takes one equation at a time and solves it, at which point the block either unlocks or says ‘try again.’ The computer then tries the next equation and so on until the block releases the coins. How fast each equation is solved depends on the speed and power of the computer solving the equation. In a nutshell that is all there is to mining cryptocurrency like Bitcoin.

As a user you tell your computer (using a software mining program) that you want to mine and it will take one equation at a time and try and solve it. Today there are thousands of computers working on each block at the same time and most miners have dedicated mining rigs built solely for this purpose which have much more power than an average home computer.

There have been four generations of Bitcoin mining hardware and most mining today is done in a pool where users share their power and split the rewards from blocks, but that’s another article.

How Long Will Bitcoin Mining Last

Mining will continue until all the Bitcoin are finished being created, which is scheduled to be in 2140. Until then people will keep trying to get them through mining. Each day it gets harder and less profitable but that’s a question of margins and economics.

To mine Bitcoins your computer solves complex math problems one after another until the winning equation is solved and then the block is unlocked and the coins are transferred to you. Simple, right?

Let’s look at it by way of an analogy.

Imagine that there was a treasure chest (block) full of gold coins (Bitcoins) and this chest was locked with a padlock. Next to the chest is a guy with a pile of keys (complex equations) and one of these keys opens the chest.

Now you and a hundred other people all want the coins inside this chest, so the guy tells you to form a line. The first person steps forward and is given one key to try. When it doesn’t open he goes to the back of the line and waits and the next person tries. This continues until someone’s key opens the chest and they get to keep the gold.

Now, whether mining is profitable or a good idea for the average person is another question entirely.