Bitcoin Surpassed 5000 USD And Is Not Slowing Down 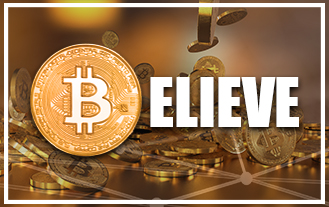 A little over a month and a half ago, Chinese authorities decided to crack-down hard on bitcoin. There was widespread uncertainty, and prices dipped to just below 3000 USD. But time in crypto-land works differently. If crypto-land were a planet, it would be so closer to the sun than Mercury, probably. That is because in just a month and a half on earth, bitcoin bounced back and delivered a 67% profit since that low point, and is still going strong. No other asset or market on earth could deliver that kind of turn-around in such a short period of time after being banned by the second largest economy on the planet. Bitcoin surpassed 5000 USD and the next big step is right in its sights, despite the obstacles.

As bitcoin prices advance beyond the scope of what was previously thought possible, doubters will keep looking on. Some will continue to apply lessons they learned about other assets historically, to analyze where bitcoin prices should be. They will claim that bitcoin is dangerously approaching bubble territory, but what they won’t entertain, is the possibility that bitcoin is a black swan, that it does not belong with all other earthly assets because it behaves in an entirely different manner. Nevertheless, when bitcoin surpassed 5000 USD, all these analysts should have started focusing on innovating their analysis paradigms altogether.

Which Other Asset can Consistently Rally as Much and as Frequently as Bitcoin?

This doesn’t mean that bitcoin enthusiasts have an answer either. When people ask what the price will be, there is barely anyone out there who can be precise enough. This is due to the nature of the asset and to the wide variety of forces that act upon it exogenously and endogenously. After all, is there any other asset that can rally as much and as frequently as bitcoin has, given the novelty? Just think about it, anyone who bought and held, at any point in time up until bitcoin surpassed 5000 USD, has profited. That is anyone who has bought over the last 8 years and change!

That is unusual for a new asset, based on unprecedented technology that has such a disruptive potential and is not even developed fully. Maybe that is the main reason why detractors keep warning people that this is a bubble. But now that bitcoin surpassed 5000 USD they should revisit their assumptions, instead of interpreting the data in a way that confirms their biases. In the meantime, crypto-land will keep on spinning around the sun way faster than the earth – whether on a downturn or on the now seemingly inevitable recovery – and bitcoin enthusiast ranks will probably keep on growing by leaps and bounds.