The Future Of Bitcoin In China Is Bleak 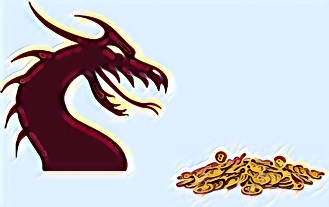 After a wholesale ban on ICOs and reports of a ban CNY-cryptocurrency pairs, various media sources are reporting that China’s ban on bitcoin is going to be harsher. This is not the first time that the Chinese government threatens to shut down the industry, but the reaction to the economic activity in the cryptocurrency space in that country, has never been harsher or more widespread. This time apparently, the Chinese government has ordered the executives responsible for bitcoin exchanges to stay in Beijing until a government investigation is over, according to reports on The Beijing News, cited by sources such as CNBC.

There are also rumors about a broader crackdown that will include bitcoin miners. This could either kill the bitcoin and cryptocurrency industry in China altogether, or push it underground. If the Chinese government indeed goes after the miners as well, then bitcoin will be facing some tough times ahead. Bitcoin mining in China is crucial, and if it is taken offline, it can take several weeks for mining difficulty to adjust. This could slow transactions down significantly until miners elsewhere fill in the mining gaps.

Future of Bitcoin in China is Bleak

Regardless of how it turns out for the rest of the network, the Chinese people are the ones who stand to lose the most. For some time now, people in China have been using bitcoin to circumvent draconian capital controls to gain access to foreign currency. Those who are involved in bitcoin and cryptocurrency development will also face mounting challenges to keep on working on their projects. The future of bitcoin in China is bleak, and since the fortunes of so many people there are tied to bitcoin, their own prospects have dimmed.

Although this time it seems like the Chinese ban on bitcoin and cryptocurrency related economic activity is far more serious than at any other stage before, it is important to keep in mind the fact that China has walked back from its threats before. In fact, bitcoin was already seen as a threat by the central bank once before. At that point in time, the PBOC condemned bitcoin and warned people not to conduct business in bitcoin. Then the attitude warmed up and now officials seem to be ready to recur to unprecedented measures to stomp bitcoin out.

But as unpredictable as Chinese authorities might seem and as bleak as the future of bitcoin in China might be, in the long-term bitcoin has nothing to fear. Miners elsewhere will step up and fill the void should Chinese authorities clamp down on them as well, and the network will show how resilient it is when facing the threat of censorship. Bitcoin prices will almost certainly follow the degree of uncertainty in China and the void that the prospective crackdown will leave in the market in the short term. Nevertheless, bitcoin always seems to be able to recover, so in the long term, it seems that the future of bitcoin in China is bleak, but the future of bitcoin without China could go beyond expectations.