The Coin That Never Sleeps 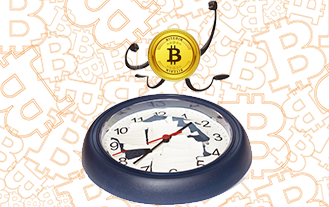 The meteoric rise of bitcoin above the $670 USD mark, on consecutive weekly gains doesn’t cease to amaze. Whether it is due to Chinese demand, a weakening dollar, fears about the economy, Brexit and the upcoming halving – or a combination of the aforementioned – it seems like it will keep on rising. Nevertheless there is a particular characteristic about these weekly spikes that may have more to do with financial and forex markets. Over the last three weeks, we have seen bitcoin spike towards the weekend and rise even more during the weekend. This could be indicative of bitcoin’s growing connection with the sentiment in traditional markets.

Bitcoin Works Around the Clock

Markets around the world shut down for the weekend. Although there is some limited after hours trading, it eventually stops for the weekend. However the world’s economy keeps on going and investors keep on planning during the weekend, even if the markets are closed. This is when it seems that investors are pouring funds into bitcoin, probably using it as a hedging element in their forex trading strategy, or as they would use commodities to diversify portfolio investment.

Although there is no significant data to assert that this pattern of behavior has characterized bitcoin throughout a significant period of time, for 3 weeks straight the cryptocurrency rose towards and during the weekend. This suggests that there is some kind of bitcoin trading going on amongst investors when they can’t be operating in the markets. The valuation of the digital asset turned sharply positive on May 27th, on June 3rd, and then again around June 12th. That is on a Friday twice and then on a Saturday.

The fact that bitcoin works 24/7, can usher in a new era for forex traders or for anyone looking to draw any investment plan that includes cryptocurrencies. Since other digital assets also follow the same rules, investors will also be able to buy and sell those at any time they see fit. This has the potential to effect a change in forex markets and even wider financial markets.

If investors can start trading 24/7 on the cryptocurrency markets, this has the potential of draining some funds from other markets. Right now it seems that such a suggestion is farfetched, but even a growing trickle can turn into a more significant flow of cash out of traditional markets and into cryptocurrency markets, especially with lower profits being made in financial markets. This could compel the managers of major markets to reassess the idea of having the closing bell ring at 4pm, or it could even encourage them to open stock exchanges and forex markets for trading during the weekend. If they switch to blockchain based trading, it will be even easier to transition into 24/7 trading and match the coin that never sleeps.