Blockchain And IoT: A New Niche For Businesses

Blockchain coupled with IoT technology promises to catapult many industries and businesses that adopt the technology early enough, to new heights, but will businesses take advantage of this opportunity at all? 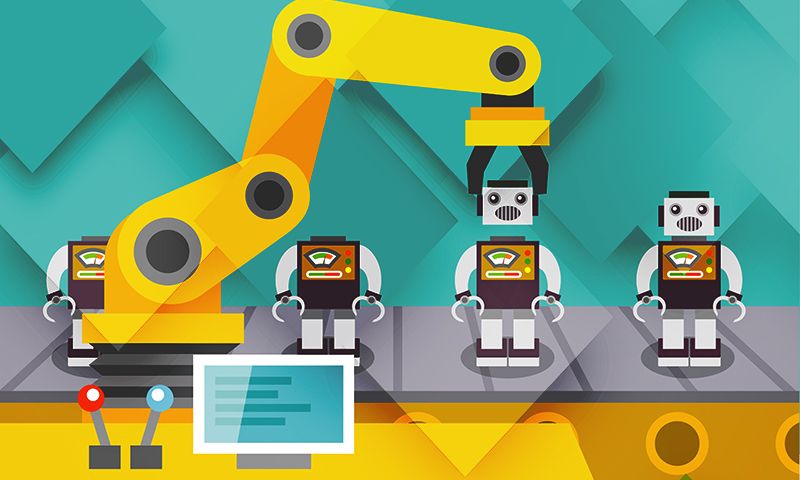 In February 2009, The Rocky Mountain News in Denver, Colorado, closed its doors for the last time. It was two months shy of its 150th anniversary, but it was unable to find a buyer for the paper. Therefore, it shut down. Less than three months later, Arizona’s oldest newspaper The Tucson Citizen followed suit. Other papers suffered a similar fate. Between 2000 and 2014, print newspaper ad revenue fell from more than $60 billion to around $20 billion.

Many publications decided to move online and continue running their business in an online format with varying degrees of success. In 2016 The Independent, one of the UK’s largest newspapers, did the same. Management saw that the future of news media lay in digital outlets and acted accordingly. This is how The Independent managed to stay relevant.

A similar story can be seen in other industries. Smartphones are a good example of an industry that changed right before our eyes in a matter of a few years. Most of us can remember the Blackberry, but not many of us still own one. Blackberry’s share of the smart phone market plummeted between 2009 and 2016, leaving the company with a market share of essentially 0%. The main reason for this was the company’s stubbornness to maintain a keyboard rather than moving over to a full touch screen phone.

We can see a consistent message here – businesses that fail to change with the times tend to get left behind. Nowadays, different technological breakthroughs are affecting the market in a similar manner. These movements are putting companies in the same kind of predicament: they can either keep running as they have until now or change with the times.

Blockchain is one of those technologies that is quickly changing the way we operate at various levels. There was more funding coming into ICOs in the first four months of 2018 than the entirety of 2017. From financial giants like J P Morgan, through iconic shipping companies like MAERSK, all the way to nation states like Estonia, blockchain is being adopted across the board, and with good reason. Many industry giants, tech companies and investors are looking into blockchain, trying to find ways to incorporate it into their organizations or business models.

Because of the high demand for the tech, numerous projects like Fusion, Ark, and COMIT are aiming to bring several blockchain networks together and build a more interconnected space — something many are calling Internet 3.0. If successful, this could create a significant paradigm shift in the digital world, moving us into a new era of data sharing and communication.

One industry that could really benefit from joining forces with blockchain is the Internet of Things. Blockchain offers IoT projects a whole host of benefits when it comes to security, data sharing, decentralization, and much more. Aligning with blockchain would mean IoT companies can get to be part of this next big movement, something which closely mirrors their own meteoric rise. But so far, projects that offer comprehensive inter-functionality between the two are limited. So, what is holding this powerful combination back?

What is Separating Them?

There have been efforts to combine blockchain and IoT. Some projects like IOTA are striving to bring the two together but are being held back by some issues. Hardware is one of those major sticking points that is holding these projects back. Blockchain technology in its current form requires a lot of energy to run, thanks to the current consensus mechanisms it uses secure transactions and keep the distributed ledger running. These sky-high energy demands create a need for additional hardware when applying the technology to IoT devices. This makes the process more expensive and uses up device memory and even computing capacity.

This is precisely why a project named IOTW is tackling this issue through a different approach. This project will use its own unique blockchain, coupled with an innovative approach to mining, to work around the hardware issue and make the integration of both technologies smoother.

IOTW uses a new consensus mechanism called Proof of Assignment, which uses far less energy than other blockchain models and is also fairer. Miners are selected based on availability and past record, not based on their amount of stake or mining power. Due to significantly lower energy demands, IOTW’s model requires no additional hardware, so it is easy to run a node, download blockchain data and mine new blocks on a small IoT device. It is also much more environmentally friendly. Because it offers a practical, user friendly solution, IOTW might be able to bridge the divide and connect IoT with blockchain technology, bringing added value to IoT devices and keeping them at the vanguard of cutting edge tech.

It is important for companies to constantly improve instead of finding comfort in what they already know. Innovation tends to have the effect of helping everyone who accepts it, while it relegates those who don’t. There are a wide variety of opportunities that different companies can seize. Processes should be constantly reviewed, and new technologies need to be taken seriously. Blockchain has the potential to disrupt virtually everything just like the internet did in the 90s. It should be taken seriously and considered carefully by all, especially when it comes to the possibility of combining it with other cutting edge technologies like IoT.