Bitcoin Price Relative To The Value Of Fiat

As Bitcoin prices find a new floor, the value of Bitcoin and altcoins is being questioned. Those who question it often use heavily biased arguments based on questionable assumptions 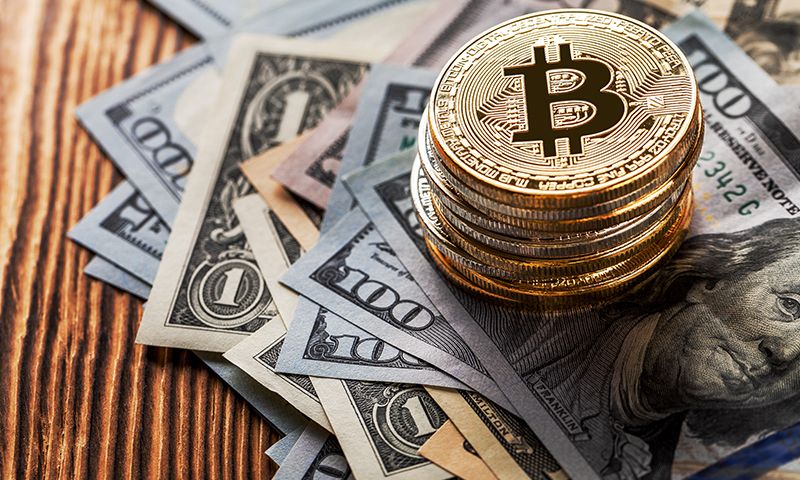 As Bitcoin prices seem to be finding a new bottom just under $4,000 USD a piece, the debate about the role of Bitcoin as a store of value is becoming more relevant. Ultimately, most people who debate this point, are thinking about Bitcoin in terms of fiat – usually USD or other “strong” currencies. The problem with that line of thought is that it assumes fiat currencies provide the kind of price stability that market actors seek in order to trade. Historically speaking, this is not necessarily true, even when we talk about the most widely used fiat currencies in the world like the USD or perhaps the EUR.

The Price of a Pound of Oranges

If we think about Bitcoin as a vehicle through which we gain access to fiat to then acquire a certain good, then it is true that Bitcoin had a very poor record as a store of value in 2018. But that is not the point that should be debated, because that line of thought subsumes Bitcoin under a flawed economic system, making it just another asset available within it. That line of thought also assumes that, as opposed to Bitcoin, denominating prices in fiat creates de facto stability.

The real gap in understanding here, has to do with the number of users one medium of exchange has as opposed to the other. With hundreds – if not thousands – of millions using the USD, prices denominated in that currency should be relatively stable as compared to prices in BTC – which has a few million holders. Therefore, a pound of oranges at the supermarket should be worth relatively the same amount of dollars throughout the year, barring extraordinary circumstances.

Inflation is the Fiat Killer

We know for a fact that although this holds true sometimes, it is not always true. That is probably why the US government omits food and gas prices when it releases its report on inflation or CPI. In fact, the dollar price of a pound of oranges can vary greatly with distance as well. Does that mean that an orange is less valuable on the shelf of a supermarket in Florida as it is on a shelf of a supermarket elsewhere in the US? Probably not, yet the price of that orange will be different, even at different supermarkets within the same state that produces them, Florida.

This shows that the price of a dollar is not necessarily as stable as we think it is when we factor in what it can buy at different points in time and in different locations. This brings us back to Bitcoin and where it derives its value from. Bitcoin is a deflationary currency. It derives value from scarcity – first digital asset that is scarce – combined with strengthening technical features that allow it to be truly transparent. Bitcoin and some altcoins also allow their holders to be completely free to use their funds as they see fit, without the need for intermediaries or restrictions these intermediaries might impose on them. Together with that, adoption has helped it grow, and adoption is always a key component. The USD and other fiat currencies derive their value mainly from adoption – which until Bitcoin and altcoins came around it was pretty much forced – and promises from a central authority that the money is worth something. Basically, fiat relies on a mixture of economic activity and blind belief, while its inflationary nature introduces an element of instability that many people may not be aware of.

In fact, fiat value is so brittle that money managers are always looking for opportunities to buy anything that will appreciate to fight the devaluation of their asset through inflation. Some even bought Bitcoin with it thinking about fiat profits. The philosophy on the Bitcoin side of things is often the opposite: buy and HODL.

This doesn’t mean that Bitcoin is not subject to wild fluctuations, but all of those fluctuations are measured in terms of fiat. Around the world, there are enough examples of people who would happily sell their goods and services for Bitcoin; some of these people are in such dire situations because of various fiat crises – people in Venezuela, Argentina, Turkey and Iran for example – that they might give you more goods or services for your Bitcoin than they would for an equivalent amount in USD.

When Central Authorities Break Their Promises

There are enough examples in recent history in which we saw central authorities breaking their promises. Quantitative easing for example eroded the value of the USD and the EUR, so much so that debt soared to historic highs and the prices of other assets rose in tandem. In places like Venezuela or even Argentina and Turkey, that fiat value based on the promise of a central authority eroded to the point at which Venezuela’s economy collapsed with triple digit hyper-inflation, while the economies of Argentina and Turkey were brought to the brink – both countries are G-20 members.

Therefore, we should look at price stability from both sides of the divide, understand how the default line of thought is to measure prices in fiat and be as open minded as we can to assess the situation in a more comprehensive manner. Bitcoin prices might go as low as one cent of a dollar apiece, or as high as a million dollars apiece, and that doesn’t necessarily mean that Bitcoin’s value changed. It might just mean that the value of fiat changed.