Google Searches For Bitcoin Down Over The Last 6 Months

If you want to know what the price of Bitcoin will be, should you take a look at Google search trends for the term Bitcoin? Maybe, but perhaps this is just a correlation, which cannot be taken as definitive information 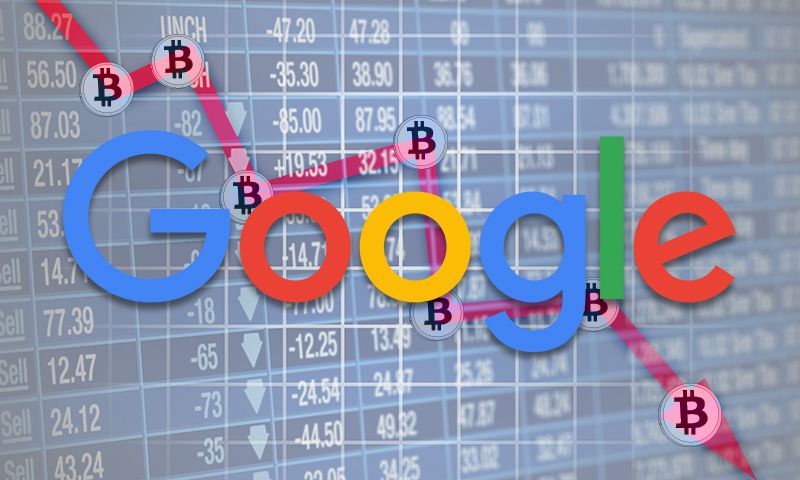 Google search and Bitcoin price are often correlated. According to the latest reports, Bitcoin search volume on Google has fallen sharply. This comes on the heels of a renewed cryptocurrency bear market. There are multiple reasons why this bear market has taken over and Google searches are probably not one of the causes, but they do allow us to gauge popular sentiment. This sentiment inevitably sways the markets, so it is important to keep an eye on this kind of indicators.

Bitcoin prices were riding high and as a result, people were flocking to Google to get more information about the mother of all cryptocurrencies. During December 2017, when Bitcoin hit an all-time high, Google trends show Bitcoin searches rose significantly. But, by the beginning of 2018, the search volume dropped as prices dwindled. User interest continued dropping, and there is less interest in cryptocurrency now, although these assets have improved features.

Why did Bitcoin Google Searches Peak in December?

It is difficult to define what caused a spike in Bitcoin searches during December, and what caused the drop today, apart from the empirical correlation with price. There are those who sustain that search volume pushes Bitcoin price, but this is a classic case of a correlation being confused with a causal relationship. Furthermore, searches are not likely to be a catalyst for the price. On the contrary: Bitcoin prices should be pushing Google searches. When people see it is going up, they look for Bitcoin on Google more. When prices go down, they look for it less.

This is a function of who is already in it vs who is sitting on the sideline pondering whether they should buy or not. Otherwise, search volumes would also go up when prices drop, which is not the case. Reports reveal that people who are aware of Bitcoin and cryptocurrencies are more likely to search for particular cryptocurrency exchanges or App rather than a term “Bitcoin”.

Chris Burniske, co-founder of the crypto firm “Placeholder Ventures” points to a strong correlation between Bitcoin’s price and the Bitcoin’s search on Google. However, Google trends may not always show exact data; it may sometimes lack correction. In the month of February, Bitcoin appeared to have a sharp recovery but then came down to the same prices we have seen for the last few weeks. Search volume did not necessarily reflect those changes in a timely manner.

The Most Searches for Bitcoin on Google by Territory

Despite the correlation between prices and Bitcoin searches on Google, superficial data must be taken with a grain of salt. Once people look at the data according to geographic factors, trends show search volumes are higher in the US. Google trends show search volumes for Bitcoin are especially high in New York, Washington, Georgia, Florida, and California. This is just another factor that analysts should consider. Nevertheless, general search volumes seem to coincide with bear markets and bull runs.