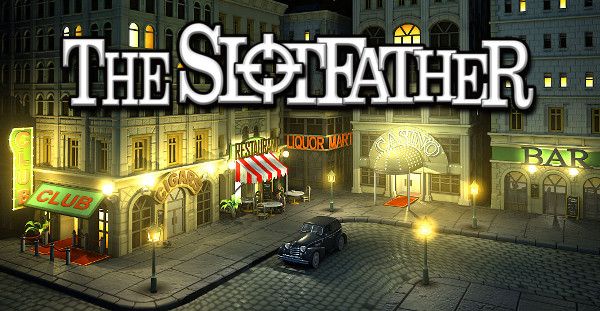 A fantastic rendition of an Al Capone movie that offers a jackpot you can't refuse. You find yourself slipping into a life of organized crime, enjoying the company of some of the most dangerous mobsters of all time, but with all the rewards and winning runs, it will hard to escape back to your humdrum life. The Slotfather and his cronies are as close to the actual mob crew you can get.

Not only will the authentic characters and their amusing interactive chat have you enthralled from the first spin of the reels, but the excellent jackpot payout lives up to the The Slotfather's promise.

Set in the 1940’s, somewhere in Vegas, the slot tells the true tale of mafia and mobsters skimming from Vegas casinos for years turning themselves into billionaires. No need for you to do that though, as Slotfather JP brings great wins and reward for you to avoid a life of crime.

30 Pay lines across 5 reels give you ample opportunity to outsmart the The Slotfather to gain some fantastic wins.  Don’t get caught though, you could find yourself in the trunk of the car.

The sneaky guy, and there is always one, reaches out takes a wad of cash and brings it back to award instant credit prizes.

As the old-timer reaches over to grab the gun, he will spray bullets across the main screen. You get to choose a bullet hole. You stand a chance of landing 3 to 10 free spins with x1 to x3 multiplier.

You choose 3 to 6 businesses. The Slotfather starts owning the market share and you are rewarded accordingly, once back at the Italian restaurant that is the headquarters of this mob.

The underground world of the 40’s in Vegas was dark and dangerous and a touch sexy. Slotfather JP manages to catch the atmosphere and mood of the time where reckless behavior was the order of the day, and the mob ruled everything.

Betsoft rules this game with an outstanding storyline that even Martin Scorsese could have resisted on making into a movie.  The characters are rich and add to the story as does the authentic Italian old Hollywood music.

The game is action packed with gaming features, making this one of the best slots of the year and let’s be honest once you family, you are family, don’t be a wise guy, play the game.

Where to Play The Slotfather