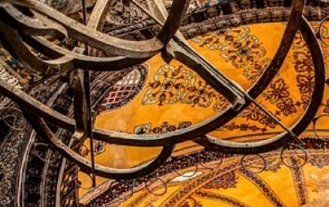 While the SegWit2X contentious hard fork is dominating the headlines, Ethereum’ own hard fork came and went without any major complications. Unlike Bitcoin’s forks, the Ethereum Byzantium fork was widely expected and belongs to a series of planned steps to turn the network into a PoS based network instead of the current PoW. As such, Byzantium was not a contentious fork and enjoyed support from the Ethereum community. The risks of a chain split were extremely low and Ether prices reacted positively to the news.

The reason why a chain split on this hard fork was highly unlikely, is due to the fact that the Ethereum Byzantium fork was a necessary step in the Metropolis stage. This stage is the third one in a series of upgrades designed to complete Ethereum’s functionality as a Dapp platform. The following are the 4 stages of upgrades that Ethereum is expected to go through to achieve full functionality as intended when it was launched:

Ethereum Byzantium Fork is the First Step of the Metropolis Stage

To bring about all the changes needed during the Metropolis stage, more than one hard fork will be needed. This is due to the amount of changes that developers wish to introduce during this stage. Therefore, the Ethereum Byzantium fork is the first step. Byzantium will enable the following features on Ethereum:

As a result, Ether transactions and the execution of ICO sales are supposed to run faster.

Given that the market already knew about all these upgrade stages and features, there was not a lot of potential for price gains following the Ethereum Byzantium fork either. The market was mainly looking at the implementation of the fork itself. Although there were some bugs, it seems they were all solved before the fork itself, prompting a positive reaction in the market, albeit with no euphoria. Ether prices were up by about 2.5% just after the fork, still some $60 USD off the all-time high in July.

This might seem to confirm a broader behavioral pattern within cryptocurrency markets. It seems that the more contentious the fork, the more potential there is for monetary gain through a ‘dividend’ from the creation of a second coin. Therefore, the contentious SegWit2X fork on bitcoin is not only grabbing more headlines than the Ethereum Byzantium fork, but it also seems to be buoying bitcoin prices at the expense of those of other altcoins. Ether holders and Ethereum project followers can, nevertheless, find comfort in the fact that everything seems to be going as planned in Ethereum-land, as opposed to the apparent chaos that we are witnessing in Bitcoin.