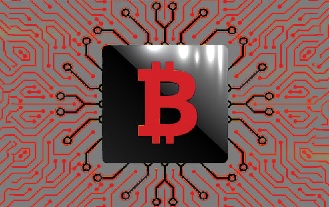 According to a recent report, a vulnerability in the Jaxx wallet lead to about $400,000 funds being hacked. As written in the report, the 12-word set users use as a password is too easy to decipher and hackers can steal easily: “Even when your Jaxx has a security PIN configured, anyone with 20 seconds of (network) access to your PC can extract your 12 word backup phrase and copy it down. Jaxx does not have to be running for this to happen.” So the hackers are basically exploiting this failed wallet backup phrase storage method.

This is what the researcher from VX Labs highlighted on Friday: “The main problem is that the Jaxx software encrypts the mnemonic using a hard-coded encryption key, instead of making use of a strong user-supplied password. […] This means we can easily read and decrypt the full recovery phrase from local storage using sqlite3 and some straight-forward code.”

After the publication of the VX Labs Report, the CTO of Jaxx and Decentral, Mr. Nilang Vyas, wrote a post on Reddit with some questionable answers to the VX Labs researcher. Vyas replied with a long post explaining the security features of Jaxx. They read as follows:

A Bad Feeling After the Jaxx Hack

So, this means that Jaxx is not a cold wallet. Basically, users should refrain from storing substantial amounts of cryptocurrency in the wallets. Larger amounts should be stored in hardware wallets and the Jaxx team won’t fix any security issue. This clearly sounds like an excuse and it doesn’t justify the theft. Jaxx had serious shortcomings, and it should have been clearer about the features of its wallet from the get go. There is no doubt that the Jaxx hack will go down as an infamous one, even if it was not on of the biggest hacks in the history of the industry.