Is JP Morgan Deceiving The Public About Its Bitcoin Strategy? 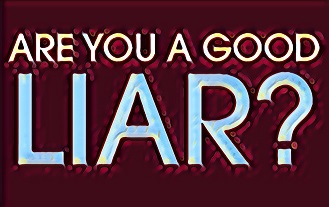 Various media outlets have reported that JP Morgan was involved in bitcoin purchase orders on Friday, September 15th. If the reports are true, this might come as a surprise to many, especially after its CEO threatened to fire anyone who purchases bitcoin. Nevertheless, it seems that the bitcoin purchases would fit perfectly into a Machiavellian plan to influence prices through public statements, generate a panic sell-off, buy low and then enjoy the fruits of bitcoin’s quick recovery. This might seem like another Bitcoin conspiracy theory, but evidence shows that there is a chance JP Morgan tried to manipulate the markets.

On September 12th, Jamie Dimon, JP Morgan’s CEO, publicly denounced bitcoin as a fraud. His remarks on CNBC, were widely seen within many circles in the cryptocurrency community, as an effort to influence the markets. Bitcoin prices crashed last week, moving from around $4,180 USD on September 12th – the day Dimon spoke on CNBC – to about $2,950 USD on Friday September 15th – the day on which JP Morgan allegedly bought €3 million worth of bitcoin. The price has climbed back above the $4,000 mark, netting anyone who bought at the bottom of last week’s market, a 33% profit.

There are those who claim that JP Morgan bought bitcoin despite warnings from its CEO, precisely around the time when the market bottomed out. This claim is based on a chart published by @IamNomad on Twitter. The chart shows major banking institutions buying bitcoin on Friday. Although the evidence cannot be taken as undeniable proof that JP Morgan indeed intervened in the markets, it is enough to consider the possibility that Jamie Dimon had already crafted this plan before his remarks on CNBC.

Jamie Dimon’s comments and the subsequent alleged bitcoin purchase by JP Morgan, also come against the backdrop of a reported crackdown on cryptocurrencies in China. Apparently, the regime there has decided to ban the trade of renminbi-cryptocurrency pairs, as well as ICO’s. This might have helped JP Morgan’s alleged market tampering, given that downward pressures were already in place before Jamie Dimon’s remarks. It is impossible to know if news from China had a greater effect than Jamie Dimon’s comments.

What is clear, is that anyone who invested in bitcoin on Friday, has already benefited. This might – and most likely does – include banks, which thrive in unregulated environments especially because of their access to vast resources. Market tampering regulation wouldn’t apply to bitcoin. Nevertheless, bitcoin users ultimately have the last word. All these shocks are exogenous; none have to do with how bitcoin works or its increasing acceptance world-wide. This means that if enough users hold their coins instead of selling in fear, market manipulation by any actor will be much more difficult to pull off. Food for thought: Holding coin or “hodling”, can effectively block any further Machiavellian plans that the likes of Jamie Dimon might have in the future.