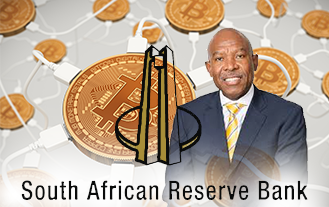 There is a lot of substance in the remarks that Lesteja Kganyago delivered on August 23rd, 2016, to cyber security conference attendants in Johannesburg. It seems the current governor of the central bank found a line of thought which goes far enough in terms of embracing blockchain and other FinTech innovations in regards to their future application. At the same time Governor Kganyago kept a cautious tone on existing cryptocurrencies like bitcoin. This policy is similar to that of other central banks and financial authorities elsewhere around the world, especially in countries in which stiff opposition to bitcoin still remains or was part of a changing policy.

There are a number of reasons why government or state officials would oppose bitcoin or cryptocurrencies in general, but support blockchain initiatives. These reasons range from an authentic sense of duty to safeguard the financial stability of the country and the wellbeing of the citizens, to sheer contempt about the possibility that these alternatives will actually steer citizens away from the national currency and the established banking system.

The reasons why a central bank or a government might oppose bitcoin are the following:

However, central bank chair-people or governors, as well as ministers and other officials have been moderating their stance recently. This has more to do with how they can take advantage of blockchain technology to enhance their own national currencies as well as their financial sectors. Following this rationale, the governments of China and Russia have signaled their interest in blockchain and have even softened their stance on bitcoin.

The reasons why a central bank or a government might support the use of blockchain technology are the following:

The Case for Bitcoin in South Africa

South Africa has a significant part of its population that lacks access to banking and even to regular utility services. Given that the country is democratic and its markets are much more open than those in China and Russia, people could start using bitcoin as a supplementary banking system and gain access through it to regular services through various initiatives. As a result, it was only natural that government officials would be concerned about the volatility of the currency, given the potential for widespread adoption amongst some of the weakest sectors of society.

Blockchain implementation however, has the potential to shore up South Africa’s economy, by reducing dependence on cash and providing a greater measure of oversight into transactions. A blockchain powered Rand could, for example, be used to prevent corruption that is prevalent in some sectors of society and government. For Marc Kenigsberg, a South African bitcoin entrepreneur who has dealt with many aspects of life in his native country, blockchain is a double-edged sword: “On one hand bitcoin is an incredible instrument that many people who do not have access to banking can use as a gateway to the wider economy. This will allow them to have access to services that you and I take for granted. On the other hand a theoretical blockchain-powered Rand must have provisions in place so that the government cannot infringe upon our privacy, or use the information selectively to promote the interests of certain individuals”.

So far, the governor of the South African Reserve Bank has opened the floor for the debate about blockchain and FinTech with his comments. In the meantime, a blockchain-powered Rand is still a very remote possibility, so Mr. Kenigsberg would like the government to go a step further and endorse the use of bitcoin: “As a South African entrepreneur, I carry the heritage of the rainbow nation. I place a very high value on the advantages that democracy and respect for diversity have brought to South Africa. On the same note, we could lead the world by example and become the first rainbow economy, with more than one monetary system in place that serves to nurture our plurality, encourage bitcoin entrepreneurs and provide the tools necessary for a wider economic inclusion.”