The UNDP And Its Bitcoin And Blockchain Initiatives 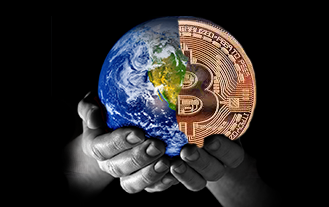 Recent blog posts on the UNDP official website have raised the issue of making cash delivery systems more user friendly, more transparent and less prone to corruption. Users such as UN agencies and other development agencies, face a myriad of challenges when they try to get their funds into the areas where they work. According to the blog posts, many times these areas are not safe, there are no local financial institutions to count on and cash transfers are mired in various corruption schemes. A blockchain-powered system could be a great solution. Bitcoin can also become a tool that helps the UN and other humanitarian or development agencies surpass these obstacles. However, in a world in which niche cryptocurrencies are being launched at incredibly high rates, a UNDP backed cryptocurrency could be a more appropriate solution.

The UN Increasingly looking towards Bitcoin and Blockchain

Bitcoin is already playing a role in UN sponsored initiatives. The Twenty First Century African Youth Movement Program, which is managed by UN volunteers, is one of the most notable UN related efforts to introduce the use of bitcoin in order to raise funds. More recently the UNDP’s Alternative Financing Lab has been focusing on small projects that use blockchain technology to improve money transfer systems.

The aim of many of these projects is limited in scope. Some will solve corruption and accountability issues, while others will help improve fund raising efforts. On both fronts, a combination of new blockchain-driven systems and the incorporation of bitcoin, will help achieve UNDP goals. Nevertheless, much more can be done if professionals in the development industry can expand the scope of these projects.

If the UNDP could launch its own cryptocurrency, it could tackle some of the worlds hardest to bridge gaps in development. This should be the next step in a blockchain-savvy UNDP, because it could well solve most of the money transfer, transparency, accountability and other security related issues, while simultaneously adding more value than bitcoin or current blockchain initiatives can. It would also have the backing of a financially powerful agency that can well trigger the creation of an ‘intermediate’ economy in places where there are millions of people who do not have access to financial services.

In effect a UNDP backed cryptocurrency can serve to connect all the underdeveloped, economically marginalized populations in the world. This could have added benefits, like a faster integration into global trade and a new source of global economic growth. Clearly bitcoin could be a ‘pilot’ coin to deliver a proof of concept. Other blockchain initiatives can also help in proving that the technology has the potential to solve economic development issues. However a cryptocurrency that fills the needs of the development industry is by far the bold game changer that could really boost economic inclusion in the areas that need it the most. Nevertheless, the UNDP will probably stay out of the currency creation markets for political reasons.

Click here and here to read the UNDP blog posts on bitcoin and blockchain technology initiatives.