Find A Bitcoin Embassy In A City Near You 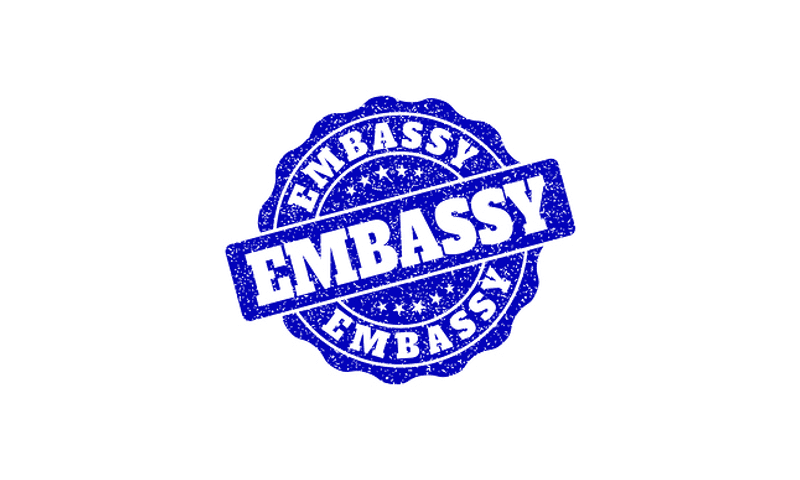 As bitcoin advances, more and more people become interested in the cryptocurrency itself, blockchain technology and how all this new technology works. Many look bitcoin up on the internet to understand what it is all about, and they come across the concept of the bitcoin embassy. This concept is somewhat similar to the concept of a traditional embassy, but it does have its differences. The idea is to represent bitcoin, blockchain technology and introduce people to how it all works, just like a traditional embassy would represent the interests of its country.

Some may cast a doubt on the validity of bitcoin embassies. Nevertheless, looking at the whole movement as a fully-fledged global economy that belongs to its users, it makes sense to have its members representing it. The bitcoin economy can well become one of the central pillars behind the growth of many other industries and initiatives, so it is necessary to make an effort and inform anyone who would like to understand it by meeting with people who know about it face to face.

Since bitcoin is a decentralized project, bitcoin embassies offer completely decentralized services and its representatives are individuals who are experienced bitcoin users. Due to the unique features of this global community, people will find that apart from some core services like hosting a bitcoin ATM, every bitcoin embassy offers different services. The core idea remains the same: to give people reliable information about bitcoin. To understand which kinds of services every bitcoin embassy provides, we have made a list of embassies around the world with all the relevant information about them. We have divided them by continent for your convenience.

Find a Bitcoin Embassy in your Region

Bitcoin Embassy Montreal, QC, Canada – located at 3485 Boul St-Laurent. Its official website claims it is the first blockchain technology hub. Apart from representing the bitcoin ecosystem and providing information about the cryptocurrency and its technology, it serves as a co-working space and start-up incubator. It has a lot of space available, taking up a three story-building in a central part of Montreal. It is open from Monday to Friday from 11am to 6:30pm, and on Saturday’s from 12pm to 6:30pm.

Bitcoin Embassy Amsterdam, Netherlands – located at Zeedijk 43A, 1012 AR. One of the most iconic bitcoin embassies in the world. This embassy hosts a wide variety of events, organizations and people, including: users, start-ups, developers, media, investors and entrepreneurs. It can fit up to 50 people and it is open for 3 different kinds of memberships. Members can book the space for events. This embassy is open from Tuesday to Saturday from 12pm to 10pm.

Bitcoin Embassy Helsinki, Finland – located at Eerikinkatu 33, 00180. A great place for the bitcoin community in the capital city of Finland. It hosts various kinds of events apart from reliable information about bitcoin, blockchain technology and the world of cryptocurrencies. It also hosts events like movie nights on Tuesdays and poker tournaments. Its membership options are similar to those of the embassy in Amsterdam with 3 options. This embassy opens Monday to Friday from 11am to 9pm. If you want to host an event or otherwise use the embassy outside these hours, you can do so with a special request.

Bitcoin Embassy Warsaw, Poland – located at Krucza 46 Street, close to the Warsaw stock exchange. This is one of the first additions to the bitcoin embassy movement, and a testament to the advent of bitcoin and blockchain technology in this Eastern European country. People who visit this embassy will be able to see mining hardware amongst other cool features in it. This embassy looks to inform more people in Poland about bitcoin and establish a meeting place for experienced and new users or interested parties alike.

Bitcoin Embassy Perth, Australia – located at 2/134 Aberdeen St, Northbridge, WA 6003. An up and coming embassy with 3 main goals: to be a secure location for bitcoin exchange, to serve as a consulting outfit for business and individuals looking to become bitcoin users, and hosting events relevant to bitcoin enthusiasts and those who want to get informed.

Bitcoin Embassy Tel Aviv, Israel – located at Ahuzat Bayit St 1. One of the first bitcoin embassies around the world, the Tel Aviv bitcoin embassy is in charge of promoting the bitcoin economy in the start-up nation. It is located in one of the most popular areas in the city and hosts informative events with a variety of speakers for curious people, beginners and experienced enthusiasts. It is open on Sundays, Tuesdays, Wednesdays, Thursdays and Fridays. On Sunday it opens from 12:30pm, on Tuesdays, Wednesdays and Thursdays it opens at 2:15 pm and on Fridays it opens at 1:30 pm. Closing times vary, and it hosts events on Monday. This embassy also has a bitcoin ATM inside.