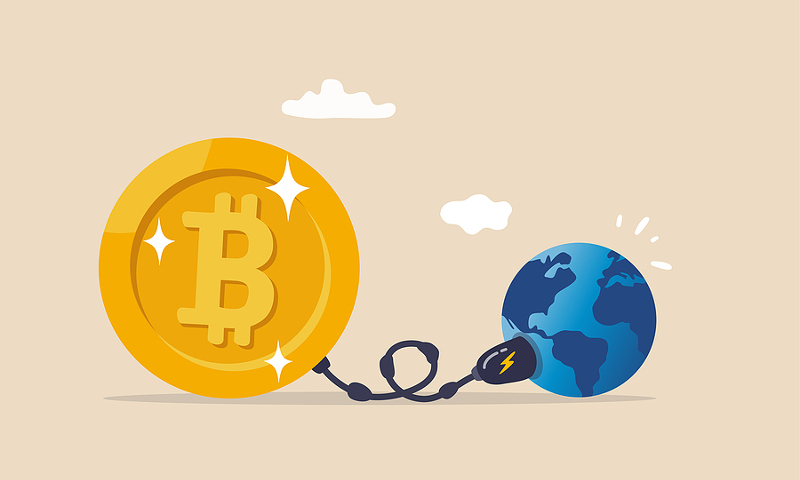 It is not a secret to anyone who understands Bitcoin that the more coins are mined, the higher the hash rate miners need to get a reward from a new block. The higher the hash rate needed, the more energy the miners consume in the process. If by energy we really mean electricity, then the more bitcoin is mined, the higher the electricity consumption of the whole network will be. Assuming most electricity does not come from “clean” sources – and which sources are regarded as “clean” is a debate in and of itself – bitcoin mining pollutes. The question is, how much does it pollute?

In comes Sebastiaan Deetman with a meticulous article on the subject, published by Vice on March 29th, 2016. According to Deetman’s calculations, the best case scenario is that by the year 2020, the Bitcoin network will need the output from an additional power plant in order to support its activities.

The Bitcoin Economy Looks for its Own Country

It seems that the concept of the bitcoin economy will have to be replaced by the concept of the bitcoin country if Deetman’s worst case scenario plays out. However, there are many more underpinnings to Deetman’s worst case and best case scenarios than the ones detailed by the Vice article. The ‘bitcoin economy’ tag is much more useful to explore these underpinnings than the ‘bitcoin country’ one, and here are a few reasons why:

Deetman would probably point out that some if not all of these points would actually fit his worst case scenario. However, it is necessary to flesh them out in order to understand the environment – no pun intended – in which Bitcoin operates. Without proper understanding, environmentally minded bitcoin enthusiasts will not know where to invest their efforts in order achieve the harmony they seek.

In its purest form, electricity is just a form of energy. There are many ways in which it could be generated. That means that a deeper focus on ‘cleaning’ the inputs that serve to generate electricity would render the amount used close to irrelevant for Bitcoin’s footprint. An army of solar panels, wind power generators, tidal wave turbines and some would even say nuclear power plants, would do away with most of the emissions needed to power Bitcoin.

Hash rate increase requires more powerful computing. That in turn requires not only more generation on the computing-consumption side; it also requires heat to be taken away from the computers in order to preserve their functionality. This process doesn’t have to consume electricity. Instead, understanding heat as a form of energy, the computing power should be set up in such a way that is conducive to the maximum amount of heat dissipation. This might entail moving Bitcoin mining operations to the coolest places on earth.

The main reason why these goals are difficult to achieve for the Bitcoin is the same reason why they are almost unattainable elsewhere given the current state of affairs in the world. There are virtually no places on earth that will require energy generation industries to internalize their negative externalities. That is why human kind keeps on burning hydrocarbons to generate energy in general, instead of adopting other technologies.

The worst part of the negative externality conundrum that the energy generating industries profit from, is that many of them are even incentivized to keep on ignoring them and producing “cheaper” energy. That is one of the reasons why most Bitcoin mining takes place in China, where government subsidies on electricity make it an incredibly cheap, yet emission heavy endeavor.

China produces a significant amount of its electricity by burning the worst kind of hydrocarbon: coal. These incentives also trump the need for more efficient computers, defeating Deetman’s desire to see more energy efficient computers being used to mine coins.

Deetman and his article on Vice do highlight a series of problems that have to do with the Bitcoin network itself. Maybe it is possible to attain the same level of functionality with a higher level of efficiency, in terms of energy consumption. It is safe to assume that there are enough cryptocurrency enthusiasts out there trying to come up with a “greener” coin. Until then, we will be operating in a dirtier economy, one in which the harder it becomes for us to get a resource, the more energy we will invest in extracting it without thinking about the consequences.