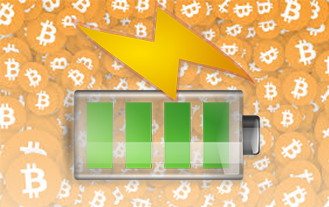 Yet another issue has been troubling the Bitcoin community over the last few days. An upcoming update in the Bitcoin Core client software is supposed to render the ASICBoost obsolete. The booster optimizes the use of electricity for Bitcoin mining operations. It is supposed to save about 10% of the electricity used to mine for bitcoin, making it a great tool to increase mining margins, as well as limiting the scope of the negative externalities produced by mining operations. However, Bitcoin Core developers argue that it gives an unfair advantage to certain mining outfits.

Mining is already heavily centralized in China, in part because electricity there is heavily subsidized, but also because of good chip producing capabilities. It is clear that Bitcoin mining would benefit greatly from geo-diversification, but modifying the client software will have a short term effect on mining footprint. Any shift in the location of miners will certainly take time, if it will happen at all. Core runs the risk of creating a playing field in which the change in electricity consumption is not enough to generate a shift but will in any case increase the footprint of mining.

The other side of the debate lies within the hardware itself. Many reports point to the fact that there is much more efficient ASIC hardware that has not been released yet, which could still overcome the decrease in energy efficiency caused by software upgrades. This means that the mining shift may never take place as such, and that the change will trigger a sort of ‘arms race’ between ASIC producers. This of course may have a longer term positive impact on the footprint of bitcoin mining, since more efficient hardware will reduce the amount of electricity used by miners.

The Advance of Technology is Unstoppable

As long as an economic activity is profitable, and technology can have a positive effect on margins, the market will drive businesses to innovate, despite efforts to intervene and control the process. In this case, the software update actually serves to remove an artificial barrier that has been keeping ASIC technology from advancing or deploying. This means that Bitcoin Core has in fact helped the process of making more efficient miners, which in the long term might also reduce Bitcoin’s footprint. On the other hand it seems that the stated goal that Bitcoin Core sought to promote with this change, may not be achieved.

In the meantime the debate within the Bitcoin community continues, and this move is definitely not going to sit well with many of the organizations that provide the basic service that supports the day to day operations of the Bitcoin network: miners. This highlights yet again, some of the governance problems that Bitcoin suffers from, which may soon be unsurmountable.