A Stock Exchange for the Bitcoin Economy 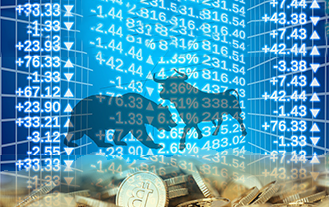 Bitcoin has spurred an impressive amount of economic activity. From the development of mining activity and its hardware, to the investment in blockchain companies, Bitcoin has achieved a critical mass and it is a respectable economic force to be reckoned with. The bitcoin economy is currently worth around $6.4 billion USD, and it is ripe for more “FDI”. There are enough bitcoin and blockchain entrepreneurs out there making waves and taking distributive ledger innovation to the next level. It is time for a bitcoin stock exchange to be recognized legitimately not only by the Bitcoin community, but also by the country that will host it, in order to accelerate access to investment.

Bitcoin stock exchanges exist. There have even been those who pioneered exchanges just to find that what they were doing could be deemed illegal by local authorities, forcing them to shut down. This is the case of the first bitcoin exchange, named GLBSE – Global Bitcoin Stock Exchange. GLBSE was probably the right idea at the wrong time. Although its founder, James McCarthy – aka Nefario – tried to add a much needed institution to the bitcoin economy, he did so in a way which was arguably too naïve to succeed.

GLBSE was established in the UK, where the legal provisions at the time meant that its activity could be directly linked with money laundering and other such crimes. According to Olivia Solon’s article on Wired, McCarthy, who was accused of scamming people out of their coins, was forced to shut down after consulting with a lawyer. Aside from the veracity – or lack thereof – of these accusations, the truth is that GLBSE quite likely did operate on the fringe of financial regulation.

More recently with the growing acceptance of bitcoin, others have stepped up to fill the void. This is the case of Crypto Stocks, an exchange in which investors can buy into various bitcoin companies. Among the stocks listed on Crypto Stocks, it is possible to find some iconic bitcoin brands like Cryptsy. This stock exchange has also expanded its scope, allowing companies to offer stock in Litecoin and Devcoin as well. Crypto Stocks has also come up with its own rating system and trading rules for listed companies.

It all seems legitimate, but there is no indication on the site as to where the exchange is based. This, coupled with the fact that bitcoin regulation is so far limited to a few realms like currency exchanges and commodity markets in a few countries, means that Crypto Stocks will likely run into regulatory problems sooner or later. In the meantime, there have not been any scam reports on Crypto Stocks, but bitcoin users are asking others on forums if the exchange is trustworthy or not. Mature accountable stock exchanges should not be questioned in this manner on internet forums.

Trading stock is completely different from engaging in mundane bitcoin transactions, and bitcoin users should have the level of assurance necessary to do so. Accountability mechanisms must be established and overviewed by an independent third party in order to have a completely trustworthy environment to trade stock in. Owning a part of a company is nothing like buying a product or a service. This means that the distributive ledger trust mechanism that works well for bitcoin transactions, will not necessarily work to get investors to buy stock.

Companies will have to be held to certain investment standards in order to scale the exchange properly and get a seal of trustworthiness, but legal and regulatory frameworks are a must. This is the best way to avoid trust issues when buying stock. With products, consumers can return the product or can recur to various mechanisms to get the supplier to comply. Regarding the purchase of services, it is all about the agreement and the subsequent contract between the parties. With stock, there is no way of telling if the company listed is actually acting according to its declared goals, and since it is an investment that involves risk, scammers will find it easy to hide behind bankruptcy or such other instruments to justify embezzlement.

This is why coordination between bitcoin stock exchanges and the local authorities of the countries in which they are based, is crucial. Protecting the public through regulation and a clear framework will create the trust that will serve as the basis for an increase in funding. This means that bitcoin and cryptocurrency startups seeking funding through cryptocurrency stock exchanges, should also be pushing for a clear set of rules. Bitcoin is ripe for serious stock exchanges to take its network’s entrepreneurial spirit to the next level. The only thing needed is a clear playground with rules to do it in.

Updated June 2017: Crypto Stocks has been taken offline, as of 20.12.2016. If you still have funds residing on the platform then please contact customerservice@cryptostocks.com to arrange the withdrawal. Crypto Stocks stocks note that the withdrawal will incur a fee of 0.1 BTC.