Everything You Need to Know About E-Wallets

An e-wallet or digital wallet is a program to store fiat or cryptocurrencies online. Here are the benefits & risks of the dfferent opations. 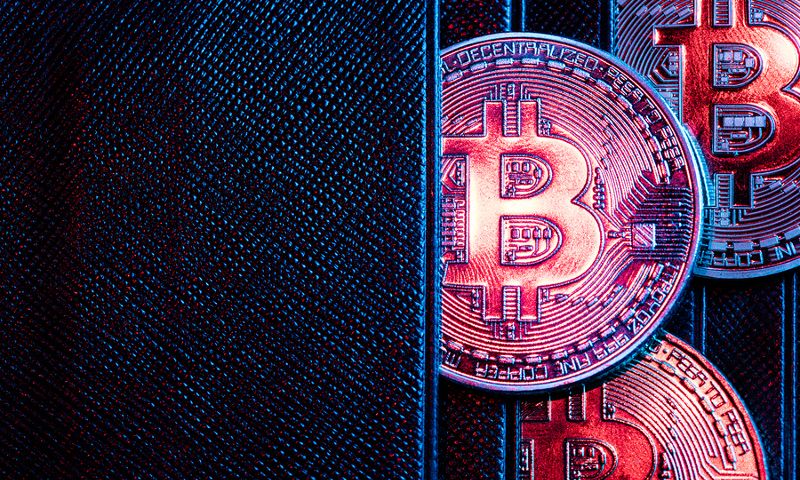 An e-wallet, also known as a software or digital wallet, is a software program that allows a user to store either fiat money or cryptocurrencies online. Assets stored in the e-wallet can be used for transactions such as purchases. E-Wallets can also store passwords and track user transaction history. E-wallets for cryptocurrencies facilitate direct peer-to-peer payments, without the assistance of intermediaries.

How Does an E-Wallet Work?

The user first needs register for an e-wallet. The extent of the KYC (Know Your Customer) involved will depend on the e-wallet provider. For instance, PayPal requires its users to enter their bank account and credit card details when registering for a PayPal account. PayPal will then use this data to perform KYC verification checks. Cryptocurrency e-wallets on the other hand, don’t necessarily require KYC. MyEtherWallet is a remarkable example.

These are wallets that are created by retailers to expedite and encourage purchases by customers by creating accounts for them that include their personal information and credit card details. Customers are often incentivized to register for their wallets through discounts, reward programs and convenience. These wallets are centrally stored on the retailer’s network. This allows customers to make purchases directly from the retailer’s website or even their stores, if they have a card associated with the account. These wallets can only be used for stores that are owned by the same company. These wallets are not limited to products, as the can be applied to services as well, such as a hardware e-wallet that allows a user to pre-load money or tickets onto their card for public transport.

These are e-wallets that are unaffiliated with a specific corporation and can be used on any ecommerce platform that chooses to accept payments from it. They are generally connected to the user’s real-world bank account. PayPal is a good centralized example of this, as it enables users to make secure mobile and desktop payments and sales transaction in the ecommerce space. Their partnership with Visa also allows for PayPal to be used for brick and mortar purchases. PayPal has recently shown interest in moving to the blockchain to decrease transfer fees and increase security. The main benefit here is that the user will not need to register multiple times for each new site that they wish to purchase from nor keep track of multiple e-wallets.

This is type of e-wallet serves a similar function to the centralized generic e-wallet but differs in the way that the data is stored and distributed. Rather than the transactions and user information being stored in a centralized database, this data is stored across a network of nodes and personal user information isn’t necessary. This type of E-Wallet generally interacts with a blockchain, which is a node-based system that transfers data – in this case transactions – in a way in which a system crash or a hack on the system itself, is nearly impossible. These wallets have been hacked before, but the underlying blockchains are much more difficult to attack, which means that people must select their decentralized E-Wallets wisely.

Blockchain-based e-wallets encrypt all data, thereby making it inaccessible to third parties. Only users with the wallet’s private key can access the data and perform transactions. The type of cryptocurrencies, tokens and data that the e-wallet van hold will be in large part determined by the blockchain and platform that it is built for. For instance, even though a particular platform is built on the Ethereum blockchain, they may program the protocol to only accept Ether itself, and not other ERC20 tokens. Some examples of well-known blockchain-based e-wallets include MyEtherWallet, TenX and various Bitcoin wallets.

What are the Benefits of Using a Blockchain E-Wallet?

As stated previously, e-wallets are usually encrypted, thereby making the contents inaccessible without the correct private key. All transactions are transparent, traceable and locked into the blockchain, thereby preventing double-spending, data corruption and tampering. Furthermore, the necessity of a private key to access the e-wallet’s content and perform transactions also decreases the chance of hacks, especially as the private key is usually very complex. The user also doesn’t need to provide proof of identity beyond providing their e-wallet’s address to other parties with whom they would like to conduct a transaction. It is necessary to own a blockchain e-wallet if the user wants to own or transact cryptocurrencies and tokens, as they are all based on the blockchain.

What are the Risks of Using a Centralized General E-Wallet?

Centralized E-Wallets are on the other side of the spectrum. They are vulnerable to attacks that decentralized E-Wallets used for assets on a blockchain are not. Some centralized wallet providers can use the data from the e-wallets to track spending habits and preferences for marketing purposes, without the consent of the e-wallet holder. They can likewise freeze accounts as they see fit. However, as they are usually connected to an external centralized source, such as a bank, the funds they hold are often insured to a certain extent. There is also support and recovery mechanisms for people who get locked out of their wallets for various reasons.

What are the Risks of Using a Decentralized General E-Wallet?

If a user loses their private key on a decentralized E-Wallet, there is no external support or recovery mechanism to refer to. Their blockchain e-wallet contents would be lost, as they are designed to be completely undecipherable without the correct encryption codes. Furthermore, an e-wallet is only as secure as its protocol. If there are any weaknesses in the coding, hackers will be able to siphon the contents into their own accounts. This can be done on both an individual and mass basis. More details of risks that are found in some popular e-wallets can be found here.

What Safety Measures Can Blockchain E-Wallet Holders Take to Protect Their Digital Assets?

Aside from the obvious measures of not sharing their private keys with anyone else ever, there are also some hardware e-wallets that can be used to store their assets off-line, when not immediately needed, such as Trezor. Another alternative is the paper wallet. This allows a user to print out their private and public keys for offline storage. It is probably advisable to laminate this, as if it were to be destroyed, it would render it completely impossible for their assets to be retrieved. It is also advisable to keep both wipes of wallets in an extremely safe place to avoid theft, and to scrape the memory on the printer to eliminate any kind of digital copy there might be of the paper wallet.