How Bitcoin Gets Lost and How To Keep Yours Safe

Almost everyone in the crypto-world has heard at least one story about someone accidentally losing their Bitcoin. This happens more often than we might think, and it is not necessarily due to malicious attacks or hacks. 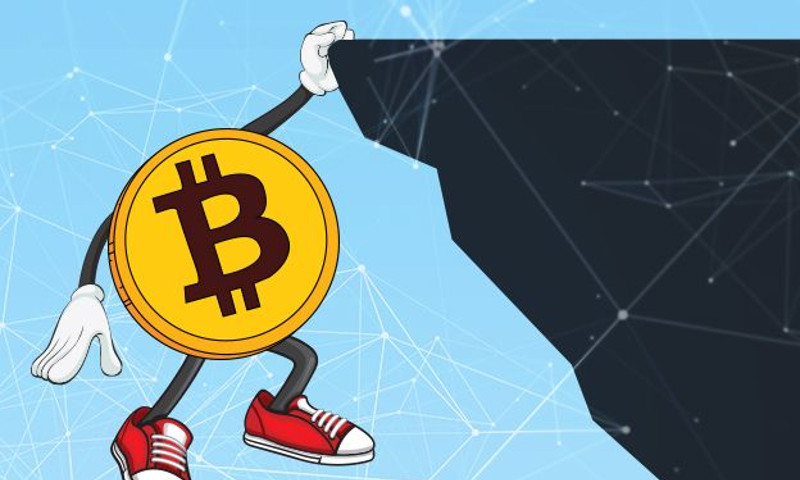 Almost everyone in the crypto-world has heard at least one story about someone accidentally losing their Bitcoin. This happens more often than we might think, and it is not necessarily due to malicious attacks or hacks; human error is quite common.

Many of us remember the news stories that sprang up in December 2017 as the Bitcoin-price skyrocketed, and many individuals suddenly recalled they had mined some coins back when Bitcoin just came online and stored it ‘safely’ on hard-drives that they threw away or misplaced.

In fact, an IT worker, James Howell, claims that he inadvertently threw away 7,500 BTC, which would have been worth approximately $146,250,000 USD at its height. However, the UK government refused to allow him to dig it up, even though he offered to pay them over $1 Million USD to do so.

How Much Bitcoin Has Been Lost?

Such stories are so common, that Fortune estimates that between 2.78 – 3.79 Million BTC are lost. One source cites that over $2 Billion USD worth of Bitcoin has been lost altogether. This represents over a sixth of Bitcoin’s overall Market Cap, if true. While some might celebrate that this increases Bitcoin’s scarcity, and therefore its price. Nevertheless, it also has the adverse effect of increasing people’s perception of Bitcoin as a risky asset. Of course, there are those who also argue that this could also happen with hard-cash; if you lose an envelope of cash through negligence or if bullion were to be lost at sea, then it is lost forever.

How Do People Lose Bitcoin?

But how do people lose coins? Here is a list exploring the main reasons:

As illustrated in the hard-drive debacle mentioned above, it is not uncommon to hear of early Bitcoin users losing their Bitcoin when they inadvertently throw away their old computers or hardware storage devices, forgetting that they had Bitcoin stored on them. It is also not uncommon to hear of individuals losing or forgetting their e-wallet password and their coins then becoming inaccessible to the owner.Similarly, there are people who inadvertently delete their e-wallets before they have finished transferring their cryptocurrencies to a new address or hardware device. However, user mistakes are not always so obvious. There are those who lost their e-wallets and folders when they performed a system restore on their computer, which is not something that people usually consider.

It often happens that cryptocurrencies are lost due to flaws in the blockchain protocols themselves. The Parity wallet bug cost a lot of people their Ether. Around $170 Million USD worth of other users’ Ether got lost through the Parity bug. There have also been accounts of users sending their ERC20 tokens to a smart contract that doesn’t recognize them but accepts them since they are all ERC20 compatible.

Sending BTC to the Wrong Wallet

This happens to Bitcoin users as well, when they accidentally send BTC to an address on a different chain, or to the wrong address on the BTC chain. For instance, in 2014 a person mistakenly entered the wrong address for a transaction and wound up misplacing what was then $520,000 USD worth of BTC. Although he was able to track his lost BTC to Mt. Gox, thanks to the helpful efforts of the crypto-community, by then the cryptocurrency exchange was already defunct, and he was unable to retrieve it. There are other less direct ways for erroneous e-wallet addresses to result in Bitcoin users losing their Bitcoin.On the bright side, in most instances, if a person were to attempt to send Bitcoin to an Ethereum wallet address or other e-wallet that is not programmed to recognize Bitcoin, the transaction would simply not go through. However, when someone sends BTC to a BCH, BTG or LTC wallet, they will end up losing their coins. Addresses from forks like BCH and BTG, or LTC addresses which are similar to Bitcoin SegWit addresses, will not accept the BTC sent to them but will not reject the payment either.With that said, the problems of sending Bitcoin to incorrect addresses usually occurs on platforms such as cryptocurrency exchanges or when using online e-wallets. As described earlier. If the BTC is sent to a valid address on a defunct platform, its most likely that the user will wind up losing their Bitcoin forever.

How to Retrieve Lost Bitcoin

Recovering lost coins is quite difficult. There are anecdotal accounts of people succeeding in remembering their passwords and user-IDs through hypno-therapy. For the most part, experts such as those at Chainalysis say that once a password is lost, then that’s it for the cryptocurrencies stored in the e-wallet. This is due to the inherent complexity of an e-wallet password. It is designed to be long and complex enough that even the most hi-tech devices would have to work for many years to guess the password. Therefore, it would render the exercise pointless, thanks to the expenses incurred by doing so. There is however, slightly more hope for those who at least retain part of the password as there are ways that hackers such as Wallet Recover Services who specialize in cracking partial passwords or estimate codes.

As for those who erroneously sent their Bitcoin to the wrong address, there are two options available to them: They can either appeal to the assistance of the crypto-community in general, or approach experts who specialize in tracing blockchain transactions, such as Chainalysis. They have been known to work with law-enforcement to track down money-launderers on the blockchain, and have software designed to trace blockchain transactions that anyone can purchase.

Prevention is the Best Cure

In general, the best way for a person to protect themselves form losing their Bitcoin, is by putting security measures in place, checking the address twice before sending funds, being aware of where their coins are at every moment and testing the receiving address before they send their coins with a small amount.

The following tips can help people to avoid losing their coins:

Apart from these tips, using hardware wallets and keeping their seeds safe is probably the best practice when storing Bitcoin or other cryptocurrencies. Trezor and Ledger devices are practical, portable and safe. People should be looking into these devices when they start using cryptocurrency instead of relying on web-based wallets or desktop wallets, and although people have also lost these devices, but at least there is a recovery seed.