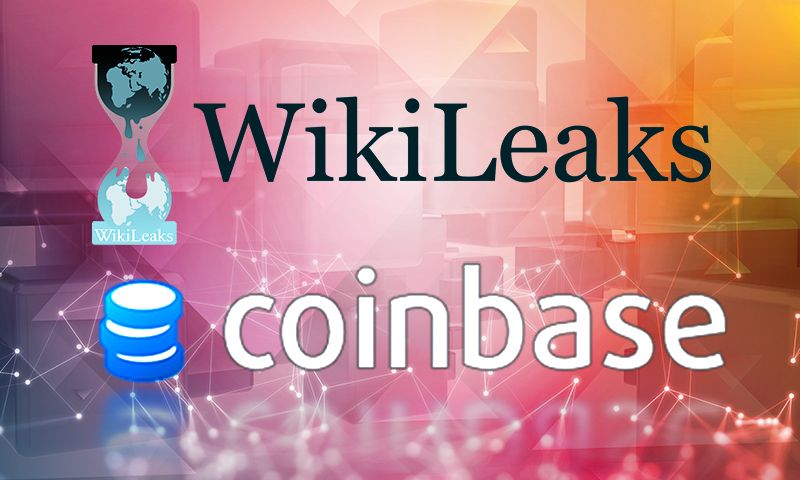 One of the biggest cryptocurrency exchanges banned WikiLeaks from using its service. Wikileaks, which is a “non-profit media organizations and a leaked documents repository” will no longer use its account at Coinbase. This means that the Wikileaks store won’t be able to proceed with any transaction through Coinbase; it will not be able to collect payments or convert them into dollars either.

WikiLeaks has a merchandise outlet to sell branded paraphernalia – shirts, coffee mugs, phone cases, posters and other similar items. The news rolled out when Coinbase posted a note on Twitter, stating that the firm violated its terms. However, the note doesn’t reveal any reason on how and what violation took place.

Upon questioning, Coinbase’s spokesperson said that “To protect the privacy of our customers, we do not comment on individual accounts.” In response to the note, WikiLeaks has called for a “global blockade” of the service: “WikiLeaks will call for a global blockade of Coinbase next week as an unfit member of the crypto community.” “Coinbase, a large Californian bitcoin processor, responding to a concealed influence, has blocked the entirely harmless @WikiLeaksShop in a decision approved by management.”, it added

As per the Coinbase TOS (Terms of Service), the account termination is at its discretion, but termination service is regulated under the US Treasury’s Financial Crimes Enforcement Network. Moreover, sources added that “the shop engaged in a prohibited use in violation of our Terms of services”.

With this statement, Coinbase meant to prevent money laundering. The move looks aggressive on social media, especially on Twitter, where organizations and its supporters can organize actions such as a boycott quickly. Many people are pledging support for a boycott due to fact that they’ve contributed to WikiLeaks with donations.

Bitcoin, of course, can’t be stopped and Coinbase’s decision to suspend Wikileaks doesn’t mean that the organization will not be able to process its Bitcoin donations through other services. Wikileaks famously began accepting cryptocurrency/bitcoin donations in 2010 when major financial players like Visa, Mastercard stopped supporting it, so in a way, it is not the first time it faces censorship from a payment firm.

As per the source, Bitcoin donations at WikiLeaks account for more than 4000 BTC, worth around 37,424,020.00 USD as per the price valued on April 24. Other exchanges will be happy to take on the business that Coinbase let go in the name of protecting its service, which is understandable.