The Civic token sale showed thought, intent and transparency and is probably the blueprint for many to come after. 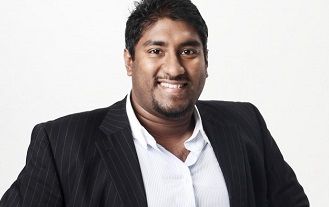 The Civic ICO or token sale is the latest successful ICO to launch and raise $ Millions within hours but the structure is radically different from any before it.

It showed thought, intent and transparency and dare I say is probably the blueprint for many to come after.

Vinny Lingham is a successful serial entrepreneur and a well known figure in the Bitcoin space. His latest venture, Civic, aims to solve identity issues by using the blockchain to create a unique ID for every individual. This ID is verifiable and accessible by businesses without the need to divulge or risk open transfer of personal information. Other than addressing the obvious identity theft issues we see today, the argument is that each user having a blockchain based Civic ID will make light work of many other real world problems like payments, KYC and so on. And the argument is solid.

Ever since the company announced that they will be having an Initial Coin Offering (ICO) for their tokens, it has been a highly anticipated event. In a market with a seemingly insatiable appetite for new tokens, Civic’s has been at the top of most investors’ lists. The challenge the company and Vinny set out to address was less about marketing and more about delivery. Recently we’ve seen an increasing take-up of these offers leading to ICO’s selling out in as little as seconds and record amounts raised such as the $150 Million we saw last week from Bancor.

The challenge here was to allow as many people in as possible, while ensuring funds were raised. And finding a structure that avoided the free for alls we’ve seen on some other launches resulting in network congestion, thousands of unhappy participants and incredibly skewed distribution with a handful of investors.

So the team went to work to think of a structure that would achieve all of this and hopefully in doing so highlight Civic as a true thought leader in the blockchain space. Leading up to the announcement of the structure Vinny was vocal on social media and in interviews about their aim to improve the ways ICO’s are handled. The structure was revealed on Vinny’s blog on the 6th of June in a post entitled “The vanity headline is not the goal.“

“So, by design, we’re not going to sell out in 30 seconds and the smaller buyers, who have been emailing us, will all get a fair chance to own some of the tokens”

The structure was simple and clean and showed clear planning for token distribution, user acquisition and network effect as well as how the tokens could be used to fuel company growth and value after the offering.

But Civic didn’t stop there…

As much as Civic seemed to be thinking about this correctly, the test was always going to be the actual launch. And they pulled out all the stops with simple and elegant solutions using their own tech, basic web best practice and great UX to ensure a smooth fair allocation of tokens while guaranteeing company success in all the right metrics. So let’s take a look at how they did it.

In no particular order and without being deeply technical I’d like to highlight some of these decisions and why they worked so well:

Presale – one of the problems when raising money is ensuring that you get enough. But that has to be balanced in a crowdsale with distribution. Less investors make it easier to raise funds but that isn’t really a crowd. And one of the main participant frustrations in recent ICO’s has been the cap being reached too quickly leaving users unable to get tokens.

Civic pre-sold 66% of tokens for a minimum of $50k investments but had these investors guarantee their intent to take the balance of the 25% if they weren’t sold. This gave the company the ability to limit maximum buys in the crowdsale without worrying about not reaching their target.

Bots and abuse – one of the problems with a crowdsale is that you don’t know who is taking part. This leaves it open to abuse by bots and people making multiple purchases or with large amounts fro different accounts.

Civic used their own tech here to limit purchases to one per individual and each person had to be validated using the Civic ID app! This achieved two things. Firstly this was essentially a live demo of how good the Civic ID is and everyone taking part experienced it. Secondly they earned themselves a flood of targeted users to their ID platform in one day.

Network effect and distribution – these two are closely linked and as Vinny often states the network effect is a powerful tool in any business or technology. The larger the network the greater the value of the application. Plus this was a key complaint in previous ICO’s; that the distribution was not wide enough and excluded smaller buyers. This also creates a dangerous scenario after the offering where single investors can seriously devalue a token by “dumping” it on the market.

Civic set out a number of levels of packages ranging from $50 all the way up to $25k and they determined how many of each were available. Once a tier was sold out it simply wasn’t buyable anymore. They essentially determined the final distribution outcome before the token sale even began.

Congestion and accessibility – this is no small problem when it comes to Ethereum based tokens. Every ICO is leading to Ethereum network congestion and larger and larger delays in transactions posting and being confirmed resulting in higher fees, user frustration and general network slowdown.

Civic dealt with this in two simple but elegant ways. Firstly they accepted payments via Ether and Bitcoin. And secondly they employed a simple queuing system whereby participants were assigned a number in the queue. The beauty of this system was that numbers were randomly assigned, so everyone taking part had an equal chance. This also allowed the team to slow down or speed up the entry  of participants depending on network volume which they monitored during the sale.

User experience – ICO’s are a new area and many participants are unfamiliar with how the process works or lack feedback in terms of their participation.

For me this is where Civic really shone. From the countdown on their site that updated when they delayed by 15 minutes, to the bullet points below the clock detailing what you would need in the next step and the whimsical updates they posted as they sped up or slowed down the queue. Every step of the process had clear instruction in simple English and managed expectation in terms of time and next steps. There were people tweeting their place in the queue or how long the system expected their turn to be. This made the entire offering better for users and reduced frustration while allowing the company absolute control over participation and pace.

I’m sure that I missed aspects of this launch and fully expect it to be dissected by many other people and websites in the coming days but those are my takeaways from following the ICO today. A big congratulations to the Civic team who I hope are enjoying a well deserved party after their all-nighter. Expect great things from this company and the Tech as it gains user adoption and allows for more applications to leverage it in real world use cases.

Did you take part in the Civic ICO? What do you think of the way that they handled it? Let us know below or connect with me personally on twitter at @MarcKenigsberg and tell me what you think about this or anything else to do with Bitcoin!