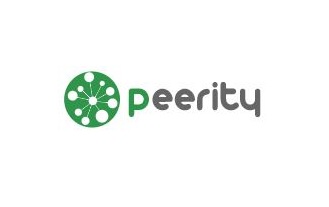 With less than a day to go for its ICO launch, we interviewed the Peerity team to learn more about their project. In the evolution from web 2.0, centralized social media platforms to a truly decentralized internet, projects like Peerity will be the pioneers. Taking advantage of blockchain technology, cryptocurrencies and distributed data, it is possible to pay users for the content they generate, and according to this project, decentralized platforms can do much more for the user. Here is how the Peerity ICO sees the market, the challenges ahead and the development of competition in this field.

Difference Between Peerity and Steemit

Bitcoin Chaser: The Peerity ICO aims to decentralize social media in a way in which the people who post are the ones rewarded for their posts. How will this be different from Steemit, or how will you be complementing what Steemit did in the market?

Peerity: We see Steemit more as popularity content than as a proper decentralized social media platform. Steemit does not encourage meaningful connection between users, since people are focused on getting the attention of the whales. Without their support, you will not gain a credible income source from Steemit. Our token reward system algorithmically decides on which content is valuable and which is not. This combats the popularity contest we see in Steemit. Big bag holders are not able to influence the platform rewards. Steemit is also a simple, text-based platform. It is similar to reddit. Peerity on the other hand will be a more complete community building tool with more possibilities than just posting text content.

BC: Decentralizing social media is challenging especially when it comes to copyright issues. How are you going to tackle this issue on a decentralized network?

PR: With Peerity we are not planning on storing the content of our users on the blockchain. We don’t feel this is beneficial for them or us. So, we will be able to comply with takedown notices if we feel it’s needed.

BC: Another issue with social media is ‘fake accounts’. How are you going to deal with them?

PR: We are implementing a form of identity verification to combat the creation of fake accounts and bots. At this point we are evaluating different possible solutions for this, some of them blockchain-based.

Adoption Rates After the Peerity ICO

BC: Turning to adoption, you face a double challenge: on one hand, you need to make your social platforms attractive to new users. On the other hand, you need to teach people about cryptocurrency to get to compete with current social media giants. How are you planning to do this?

PR: We’ve seen that people will educate themselves about cryptocurrencies when they have a financial gain in doing so. The early success of Steemit was the proof for this. We aim to lower the barrier even further and democratize the use of cryptocurrency to a broader audience.

BC: Steemit has more than 170,000 registered accounts according to Wikipedia in a year and a half since it was launched. How do you expect to do in terms of registered accounts over the next 2 years? Will you be using those Steemit numbers as a benchmark?

PR: We don’t base our success criteria on registered accounts but rather on active accounts. Our roadmap includes a lengthy beta period to make sure we can get the token economics right, after that we will focus heavily on platform adoption. We aim to reach 100000 users one year after the official launch and to keep that number as high as possible for active accounts. We want to have a low drop-off rate. We go for quality instead of quantity.

BC: Turning to the PEER token, how will you measure its success in the market? Will you base that on price, number of transactions tied to Peerity’s social platforms or do you have any other mechanism in mind?

Peerity: From Social Interaction to Business

BC: Do you think that social interaction on Peerity will be a good starting point for future commercial interactions that have little to do with content and are based on the PEER token? How will this look like?

PR: Our vision is to have Peerity become a haven for artists, craftsmen, musicians, writers, and other content or product creators. Imagine if there is a platform that brings together artists and their fans in a single swoop. And that also allows those same artists to do crowdfunding or e-commerce posts on that same platform. We are effectively cutting out the middleman and creating a peer-to-peer economy.

BC: How will you advise your audience and the Peerity platform users to keep their PEER tokens safe?

PR: The Peerity platform comes with a safe and robust built-in wallet for the PEER tokens. We will educate our users on how to save and store their private keys so that even if they get locked out of their account, they will be able to recover it.

BC: Your white paper identifies some issues with PoW-based chains and instead suggests the use of Tendermint as a key mechanism going forward with the Peerity ICO. Can you explain briefly how that works for our non-technical audience?

PR: Tendermint is based on a delegated proof of stake concept, or DPOS. This puts in the same category as Bitshares or EOS. The chain validation is done by a prespecified set of Peer server operators, which are responsible for validating and committing new blocks on the chain. These servers have staked a big collateral in PEER tokens, giving them a strong financial incentive to ‘play by the rules’. Unlike traditional PoW chains, Tendermint is not susceptible to 51% attacks, since they require a ⅔ of the Peer servers to reach consensus.

BC: What is the biggest challenge you think Peerity faces and how are you going to tackle it?

PR: A project such as this succeeds or fails through the tokenomics. If we manage to stabilize the price of the PEER token after launch, our users will have a predictable and constant revenue stream from using the platform. This will foster platform loyalty and stop a member drain from happening. We aim to tackle this issue by having an extensive beta period after the Peerity ICO where we will tweak and refine our token reward system.