Bitcoin Has A Million Reasons To Keep Rising

By Steven Gleiser
Published May 9th, 2016 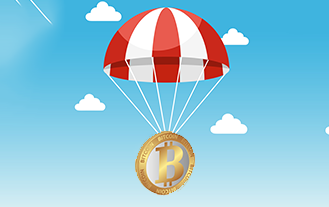 There is no doubt that the whole Satoshi Nakamoto/Craig Wright saga took its toll on the rise of bitcoin. It is just logical that such an event would do so, after all the founding legend behind the cryptocurrency, is widely believed to hold at least 1 million coins. That amounts to around 4.8% of the total amount of coins that exist, and about 6.4% of the approximately 15.5 million coins in circulation now. That is a lot of purchasing power stored away in a wallet, ready to flood the market.

Just the potential of unleashing a fraction of those coins, would make the value of bitcoin plummet. That is probably the possibility that the market was pricing in around May 2nd, when The Economist, GQ and BBC came out with reports claiming to know who Nakamoto is. Indeed bitcoin dropped below the $445 mark for the first time since April 21st when the news broke, but it was trending down somewhat from its recent peak north of $465.

Nevertheless, given the fact that using or selling some of the 1 million coins believed to belong to Nakamoto would go a long way to identify the person or group of people behind the faceless genius, once Craig Wright desisted from his attempt, the market reacted favorably. In fact, a significant amount of those coins cannot be moved if Satoshi wants to keep his secret. That means that for all intents and purposes the market will probably take them as lost coins. Contracting potential bitcoin supply by 4.8% and current circulation by 6.4% has to trigger a price recovery. That is probably the main factor behind the recent uptick in valuation.

Breaking out of the Cage

The opposite will be true if and when Nakamoto finally decides to break free from secrecy. Some would actually point to the fact that Craig Wright refrained from moving a Genesis coin, precisely to prop up the value of his alleged fortune. This argument however, is a tricky one. If and when Nakamoto cashes out, his/her/their fortune would take a hit, and would be sold below the highest theoretical price possible precisely because it will exacerbate bitcoin supply. The issue becomes one of timing and pricing in the risk of holding on to what is now approximately $460 million USD, for the chance of earning a little more. Maybe Nakamoto will wait until after the next halving, that is, if he is not dead like Wright claimed.