From France all the way to Australia, governments are keen on limiting the use of cash. They might get to a point where they ban it altogether, which has an adverse effect on individual freedom and possibly cryptocurrency adoption 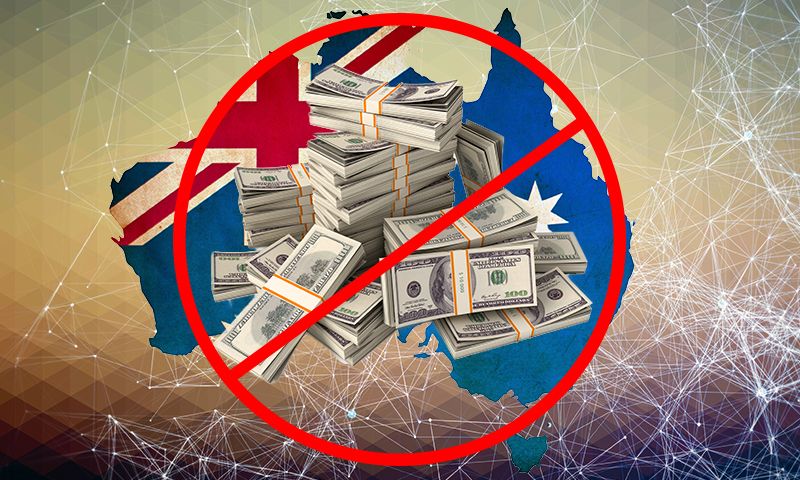 The Liberal Party Government in Australia announced this week that new legislation will make it illegal to purchase anything over $10,000 AUD ($7,500 USD) with cash from July 2019 onwards. The reason for this is to try to crack down on tax evasion for those buying high price-ticket items like houses, yachts or luxury cars. The Australian government hopes that people will use online digital transfer methods, making payments traceable and more easily taxable. This hampers the ability of Australian citizens to conduct economic activity and maintain their anonymity. The centralized nature of fiat currency would also make it easier for companies that engage in data mining, to figure out the consumption patterns of Australians and use that information to their advantage. This represents both an opportunity and a threat for Bitcoin and cryptocurrency adoption in Australia.

The obvious advantage about using Bitcoin and other cryptocurrencies instead of cash in this case, is that there is no spending limit. That yacht the Australian government wants you to buy using digital payment methods can be bought using a digital asset that the Australian government has absolutely no control over. When it comes to declaring taxes on the acquisition, if the individual paid with Bitcoin or other cryptocurrencies, it might be easier to avoid declaring the purchase/sale altogether. Unless the government starts checking asset registration forms and applying common sense to its operations – even if the buyer and the seller agree that the yacht is worth $100 AUD, no one would believe them!

Bitcoin and other cryptocurrencies can be poor tax evasion instruments, since all transactions are immutably recorded on the blockchain and people tend to exchange for local currency at some point in time, leaving them exposed to further government inquiry. In fact, the most damaging tax evasion schemes involve good old fiat, tax havens and a whole bunch of shell corporations, just don’t tell the Australian government about it.

Australians Have Other Reasons to Adopt Bitcoin & Cryptocurrencies

Tax evasion might not be at the top of the list when Australians think about Bitcoin and cryptocurrency adoption. The new duty free at the Brisbane Airport shows as much. Travelers will be able to purchase duty free and other in-airport products and services with a variety of cryptocurrencies including Bitcoin, Litecoin and Ethereum to name a few. No tax evasion there, just a tax-exempt zone with many foreign travelers who might find it easier to buy goods and services using the currency they already have instead of going to an exchange.

The most interesting question regarding Brisbane’s airport is whether the buyers who use cryptocurrency at the duty free will be allowed to remain anonymous or not. If they will be required to attach their ID to a Bitcoin transaction at the duty free perhaps, then many travelers will opt to go ahead with their purchase using fiat. Therefore, cash restrictions might also hamper the adoption of Bitcoin and other cryptocurrencies in Australia and elsewhere.

Cryptocurrency holders are reluctant to share their identity because they:

This means that cash for crypto is the only way to go between cryptocurrencies and fiat while preserving the individual’s freedom and safety. With a limit on cash purchases of $7,500 USD, the Australian government is making it illegal for anyone to purchase more than 0.86 BTC – according to prices at time of press – at once.

These cash limitations are therefore a de-facto infringement upon personal freedom and will expose would be cryptocurrency buyers and sellers to various security risks. Unless Australians do what people tend to do when governments issue a restriction: find a loophole! If an individual can only buy 0.86 BTC using cash at a time, then they can make 10 such purchases to get to a desired amount of 8.6 BTC for example. That should still be legal shouldn’t it? Leave it to Australian authorities to enforce the ban and see if they can collect the taxes they are allegedly missing out on.