Cash Rules Despite The Advent Of Bitcoin 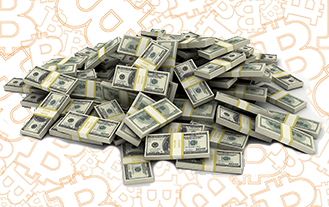 Bitcoin holders have many reasons to be happy. The value of the first cryptocurrency is up and it is challenging new yearly highs almost on a daily basis. Many would say that this is due to the war on cash. Many governments around the world instituted policies to take cash out of the money flow for various reasons. But those who assert that the price of bitcoin has gone up as a result, will have to test their theory against the findings of a report that Bloomberg published on December 14th, 2016. This report clearly shows that even among the most developed countries, cash still rules.

This report focuses on 7 developed countries:

In every single country in the list above, cash is still the most popular payment method available. This might come as a surprise, given the wide range of options that people living in these countries have to make a payment. All 7 countries also have a considerable base of bitcoin users, with the US and Germany leading the pack.

The report highlights the shortcomings in the theories of those who assert that the price of bitcoin has gone up due to the cash situation in places like India and Nigeria. In fact, bitcoin is still a pretty arcane tool to most people, making them less likely to trade their cash in for an encrypted piece of information on a blockchain. Despite the cash situation in countries like India, it is more likely that people there will recur to other store of value assets. Gold is more prominent in India than any other store of value asset, including bitcoin. Even other kinds of cash, like US Dollars or Euros could also be a more coveted alternative to the Rupee than bitcoin.

The preference for cash might be due to habit. Most people know cash better than any other payment method. This is true in the countries mentioned in the report, as well as in developing countries that are waging a war on big bank notes like India. The more developed countries in the report, have aging populations, which means that the majority of their citizens are well acquainted with cash and less with other electronic payment methods. Some of those countries have gone through painful credit crunches as well, which made their population reluctant to recur to credit cards for instance. On the other hand, people in countries like India, in which access to banking is still a challenge, rely more on cash than on anything else. This clearly creates a habit that is very difficult to get rid of.

Bitcoin Could be the Solution… In a Couple of decades!

As more people come into contact with electronic payment methods and alternative currencies such as bitcoin, demand for cash could subside. In the meantime people will stick to what they know. Despite all the drawbacks and the war on cash that many governments are currently waging, bitcoin is not likely to be the go to option. Therefore it is clear that the price of bitcoin didn’t rise solely due to a cash crunch in India. Paradoxically, people in India, as well as people in the US, Canada or Germany, still want more cash, or if they have to hedge they will likely do so with assets such as gold.

Click here to read more about the Bloomberg report.