Explore some of the best books on cryptocurrency, bitcoin, and blockchain and gain a deeper insight into the world of crypto. 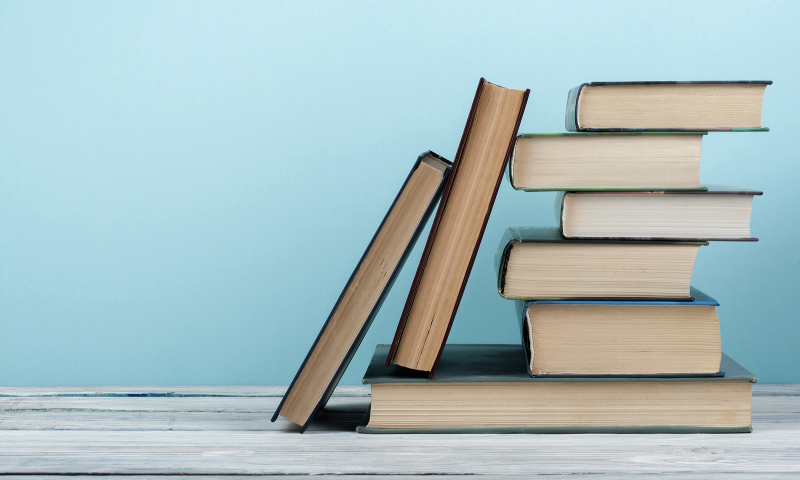 If you are new to the cryptocurrency space and are trying to figure out what it all means, the plethora of information available online can seem overwhelming at times. You might also want to take a break after starting at the screen at work all day, but still want to find out more information. This especially holds true on a commute when reading a book might me more comfortable than straining your eyes staring at words on a tiny screen. Therefore, we have compiled a list of the best books on cryptocurrency. Give them a read, and get an insight into the inner workings of Bitcoin, cryptocurrency and blockchain. Many of these are also available as audio books.

The Age of Cryptocurrency: How Bitcoin and Digital Money Are Challenging the Global Economic Order by Paul Vigna and Michael J. Casey

Both authors write about the US and global financial markets for the Wall Street Journal. As the title sounds, the authors focus on the development and infrastructure of the Bitcoin blockchain, as well as how it, and other cryptocurrencies could influence the global economy in the future. It also delves into the differing perspectives of both crypto-enthusiasts and advocates of the traditional financial system. This includes an analysis of the challenges facing the widespread adoption of cryptocurrency, as well as the possible benefits of doing so.

The Infinite Machine: How an Army of Crypto-hackers Is Building the Next Internet with Ethereum by Camila Russo

Digital Gold: The Untold Story of Bitcoin by Nathaniel Popper

Nathaniel Popper is a finance and technology journalist who formerly wrote for The New York Times. He has taken those skills and knowledge base to apply them to an analysis of the history of Bitcoin and blockchains in general. He starts is book at the beginning of the history of currencies and works his way chronologically through both currency and technological advancements. He does not shy away from describing Bitcoin’s shady beginnings as being used for trade on the dark web as he unravels its history, either. Furthermore, it is written compellingly in a thriller-esque style by weaving the lives of real actors into the historical events, rather than dryly outlining the facts.

Blockchain Bubble or Revolution: The Future of Bitcoin, Blockchains, and Cryptocurrencies by Neel Mehta, Aditya Agashe and Parth Detroja

This book is broken into four main parts, namely Bitcoin and the blockchain, Public blockchains and altcoins, Private blockchains and Cryptocurrency regulation and policy. It provides a basic overview of what bitcoin is, how it started and how its blockchain works, before going into greater detail about the wider applications of the technology and how it as developed up until it was published in June 2019. However, one should be aware that the authors are bitcoin purists, so their comments on other cryptocurrencies should be taken with a grain of salt.

Written by a Bitcoin expert, who has been involved with Bitcoin since 2012. His book delves into the intricacies of bitcoin. It describes the technical infrastructure of the bitcoin blockchain including how the hashing processes, asymmetric cryptography and P2P protocols are setup to ensure that secure consensus and unhackable encryptions are successfully implemented. However, this is not an entry-level book, as it does require the reader to have some basic technological knowledge.

Blockchain Revolution: How the Technology Behind Bitcoin and Other Cryptocurrencies Is Changing the World by Don Tapscott and Alec Tapscott

These father-and-son co-authors have been digital finance enthusiast and authors since the early days of digital finance. In fact, Don fist published The Digital Economy in 1994, while Alex is the founder of a blockchain advisory firm. While their book delves into the development of and technical aspects of blockchain technology, it also presents possible applications of the blockchain in the future, as well as the possible barriers to its widespread adoption. The also list the pros and cons of the technology as well as both the best-case and worst-case scenarios that could result from cryptocurrency and blockchain’s adoption.

The Internet of Money by Andreas Antonopoulos

There are three volumes to this work, which comprise of a selection of essays on the topic of Bitcoin and how the cryptocurrency technology behind it have impacted the world and how it could further impact the world. Antonopoulos is a YouTube personality and also runs a Bitcoin-oriented podcast and is recognized by many as an expert in the industry.

View Volume I on Amazon

The Bitcoin Standard: The Decentralized Alternative to Central Banking by Saifedean Ammous

The author is a Professor of Economics at the Lebanese American University who has taken his background to apply it to the case of Bitcoin. He traces the history of currency through the ages through the gold standard until he arrives at the current state of Bitcoin (as of December 2019). He describes how value is created and shifts and how this applies to Bitcoin, as well as the current and potential ramifications that Bitcoin will play in the future of international finance.

Cryptoassets : The Innovative Investor’s Guide to Bitcoin and Beyond by Chris Birniske and Jack Tatar

This book is an updated version of Elder’s investment guide that was originally published in 1993. His book is based on the premise that successful trading requires three elements; namely, Mind, Method and Money. While it originally focused on trading strategies for traditional investment markets, in 2014 he updated the text to take into account digital trading and cryptocurrencies as well.

As part of the For Dummies franchise, this book is aimed at total beginners. It clearly explains the cryptocurrency market and provides guidance on how to trade and (hopefully) make money by investing in the top 200 cryptocurrencies. While doing so, the author also provides a detailed comparison of the cryptocurrency space with traditional investments such as stocks and forex. She also explains risk management and technical analysis methods to help you figure out an investment strategy that would work for you. However, it should also be noted that it does heavily promote her own service as well.