How To Send Bitcoin To Someone

Learn how to transfer or send bitcoin to someone easily and securely via an exchange, a hard wallet, or a paper wallet. 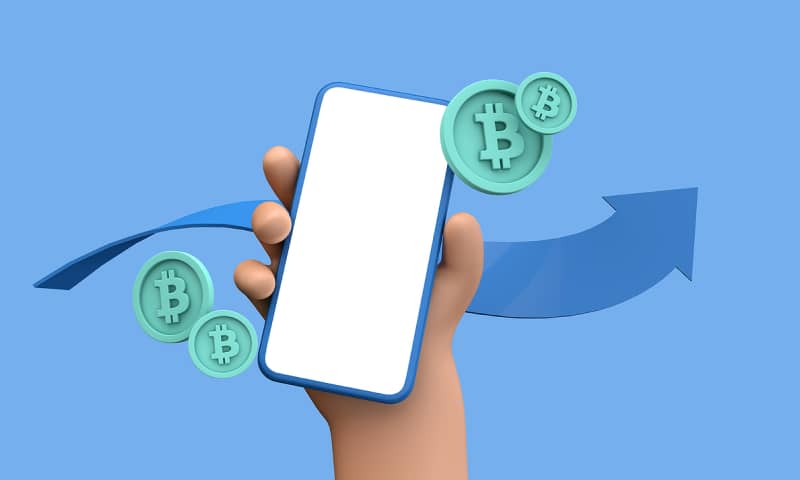 Cryptocurrencies are taking over the financial sector and with good reason. Starting with bitcoin in 2009, expanding by the multitudes, and reaching a total global crypto market cap of more than $1 Trillion. Bitcoin was the first cryptocurrency to hit the market, giving it the advantage of time, but there is more to this crypto. You may be wondering, what makes bitcoin so special?

Before you can understand bitcoin and how to use it, you need to know how it came to be. Bitcoin was released in 2009 by Satoshi Nakamoto. The Bitcoin.org website was initially registered in August 2008, and a piece titled “A Peer-to-Peer Electronic Cash System” was sent to a cryptography mailing list. In 2009 Satoshi implemented the software as open source. Satoshi has since had no say in bitcoin and has disappeared off the face of the internet.

The creator may not be around to see his project flourish but his mark in the world of finances will never be forgotten. Bitcoin created money for the people controlled by the people. Its decentralized and open-source nature creates a sense of transparency that traditional banking institutions have always lacked. Because bitcoin is run by the community, payments are processed far faster, with confirmation of processing taking less than a couple of minutes.

In comparison to banks, bitcoin payments offer faster, more transparent, and more secure methods of sending funds from one person to another. So let’s take a look at some of the most effective ways how to send bitcoin to someone.

Possibly the easiest and most mainstream method of sending and receiving bitcoin. The method of how to send bitcoin to someone via exchange varies between exchanges, but the basic concept should be similar.

When joining an exchange, you will be given an allocated bitcoin wallet and address just for you, as will anyone else who joins the exchange.

So how do I send money via bitcoin? It’s as simple as copying their wallet address and pasting it in when you select they send bitcoin options. Alternatively, some exchanges provide their users with a QR code, which you can scan to send funds to.

Be sure to confirm the address and amount you are sending. How long does bitcoin take to send via exchange? This greatly depends on the speed of the bitcoin network.

You may be wondering, how do I send money via bitcoin to a hard wallet? Well, firstly, you will need to set up your hard wallet and have it configured to its online application. We will be covering how to send bitcoin to Ledger Nano S wallets.

How to send bitcoin to Ledger Nano S wallets is not as simple as exchanges, but some users prefer hard wallets due to the security. So if you are sending bitcoin to or from a Ledger Nano S then you will need to plug in your device, enter your pin, and open the Ledger Wallet Bitcoin app.

Choose bitcoin as your currency of choice, and choose whether you want to send funds to or from a Legacy and Segwit address. Enter the amount of Bitcoin and the recipient’s public address, you can also scan a QR code, and hit send. And that is how to send bitcoin to Ledger nano s wallets.

Sending bitcoin via blockchain is similar to using an exchange or online wallet, requiring you to use a software wallet. This option is best for those with a paper wallet, holding your public and private keys.

How do I transfer bitcoin to another person via blockchain? You will need an internet connection, a software wallet, and some time.

First, import or sweep your private key from your paper wallet onto a software wallet, from there you will be able to send bitcoin to the public key wallet of your choice.

Your sent bitcoins will be broadcasted to the network as a new transaction, once the transaction is added to the blockchain your funds will be sent. It is a little bit more complicated, and can vary depending on your software wallet of choice, but is the preferred method for some.

Sending bitcoin is not as difficult as it may first seem, especially with methods specifically created to make the process easier. For newbies we would recommend finding a trusted wallet or exchange, most offer informative details on how to use their platforms.

If you are more well-versed in the crypto space, then the sky is your limit. It is always important to do your own research, so depending on what method you choose, confirm all the information before clicking send. This is just a basic breakdown to answer the commonly asked “How do I transfer bitcoin to another person?” question. There is always room to learn more.

Can I send bitcoin from one wallet to another?

Yes, it is as simple as copying an address from one wallet and pasting it in the send section of another wallet.

How long does bitcoin take to send?

How long does bitcoin take to send is a question that can’t truly be answered, as the speed of processing depends on the network and how many payments are being validated. It can take anywhere from a few minutes to a maximum of an hour if you apply the recommended transaction fees.

How do I send money via bitcoin for free?

Aside from the actual money you are sending, there are very few fees involved in sending bitcoin. The only fees you may run into are transaction fees, which are paid to miners for validating blocks. You can set your transaction fees very low, but then your payment will not be seen as a priority and may take longer to send. You can not send bitcoin for free, but you can technically send it for near nothing, with the risk of longer processing times.

How can I send bitcoin instantly?

This is another tricky question as the speeds generally depend on the network speed at the time of sending, but you can speed up your processing by paying a higher transaction fee.

Is bitcoin safe to send money through?

Yes, it is one of the safest, fastest, and more transparent ways of sending funds. It is important to note that legal regulations may make bitcoin a less safe option for those who could be living in countries that prohibit the use of bitcoin. But from a strictly financial approach, bitcoin is safe.

What information do you need to send bitcoin?

This depends on your method of choice, but one thing you will always need is a public bitcoin address for the recipient.