Who would have thought that to bring the Ethereum network down, all you needed was an army of blockchain-based cats? The Crypto Kitties craze is highlighting some troubles as it makes Ethereum popular. 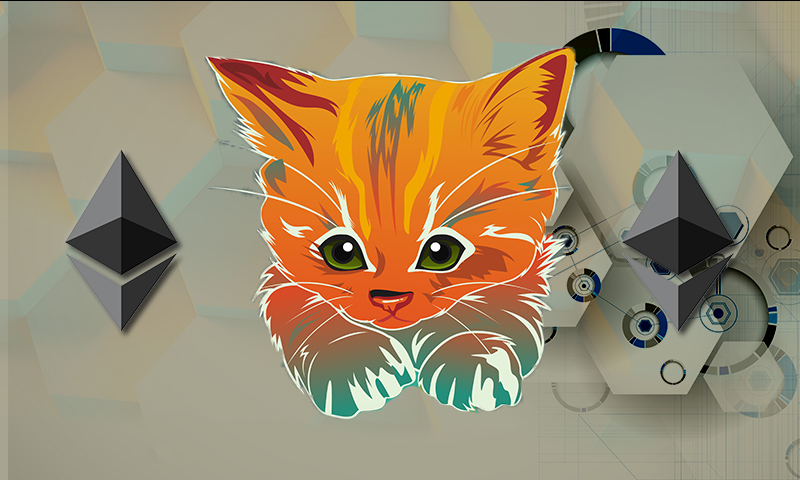 When Ethereum was launched in 2015, no one knew that one day it would host virtual pets. CryptoKitties on Ethereum makes it possible for people to own – or take care of – a cat on the blockchain. From the utopia of smart contracts in 2015, fast forward a couple of years and you have CryptoKitties. The pace at which things have changed is fascinating to many, but this change has highlighted some troubles as well. It seems that Crypto Kittie are not all good news for Ethereum enthusiasts, although they also bring advantages to the network.

Before we get into the pros and cons of the CryptoKitties craze, let’s explore the origins of this idea. In November 2017, specifically on the 28th of the month, a popular online game named ‘CryptoKitties’ was formally launched on the Ethereum network. The application was created to familiarize people with smart contracts using an interactive front-end. Now on the December 5th, CryptoKitties as an application is responsible for over 10% of all smart contract transactions on the Ethereum network, which is an astonishing statistic for the short period of growth.

Just like in any modern game, players are part of a new economy. In this instance, the economy around CryptoKitties revolves around players buying certain digital kittens, then breeding them with other cats online. According to Bloomberg, 22,000 cats have been sold online thus far. Total sales are way into the millions of dollars by now. The highest valued cat went for a mouth-watering sum of almost $120,000 – many would prefer to spend that money on a modest apartment of a supercar instead. The average sales prices of digital kittens are supposedly dancing around $110 for now, but are expected to rise drastically looking at the mass craze around the new game.

Within the game, every cat created has a bespoke ID on the blockchain, making everything fully transparent and traceable. There are many tales of people making a living from digital cat breeding, although we’re convinced that prices will either rise and stabilize, or alternatively drop at a more realistic level.

According to sources such as Business Insider and Bloomberg, Ethereum as a network has been struggling to uphold the transaction volume from the game. With reports of $4.5 million USD in sales of blockchain cats, and record cat sales in the hundreds of thousands of dollars, Crypto Kitties is littering the network with transactions. Transaction volume has grown since CryptoKitties were released. No other significant changes on the blockchain or dApp ecosystem could account for this sudden spike, and transactions started spiking since November 28th, the day CryptoKitties was released. Users have been feeling the pain of a more sluggish network, waiting for their transactions more than they are used to. This is not unprecedented for Ethereum, which highlights the urgency to solve these scalability issues, should Ethereum want to keep on leading in terms of smart contracts and dApp creation.

Who is Behind CryptoKitties?

The creation of CryptoKitties has positive aspects apart from highlighting transaction woes. Looking at the unexpected pace at which CryptoKitties has taken off, Ethereum could be considered as the next solution for further decentralized games, as well as applications aimed at the general public. The beauty of CryptoKitties is its seamless way of utilizing the technology with mainstream users, without them having to have an in-depth knowledge about the functionality of the network itself.

This new decentralized application was created by Axiom Zen, a tech company based in San Francisco, with offices in Canada also. Their aim was to make blockchain as a technology accessible to everyday people. One of the best ways to achieve this is through the gaming market. A recent TechCrunch article seems to support the idea that this game is useless. The article quote that supports this point of view – “people using Ether, an asset with arguably little tangible utility to purchase an asset with unarguably zero tangible utility” – misses the point of CryptoKitties completely. While this could sound partially true and harsh, the bigger picture here is exposure of the technology and its promotion to achieve mass adoption.