What the Hell is an NFT Anyway?

You may have heard of NFTs recently and wondered what they truly are? Let’s find out. 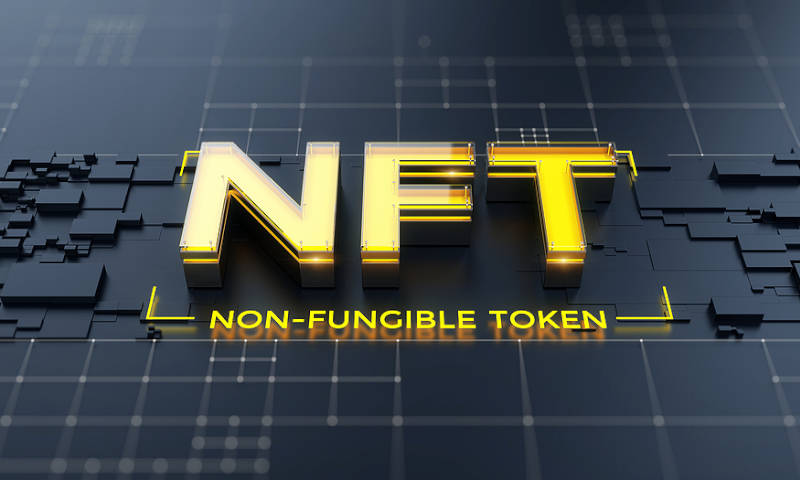 You may have heard of NFTs recently and wondered what they truly are? Are they just used for pictures and games? Are they investments? And how are they secured? These are all brilliant questions, and we are here to answer them for you. With the world of Blockchain growing, it can be hard to stay up to date on all these progressing projects, and fully understand where their potential power lies. Just like cryptocurrencies at first, NFTs have been overlooked for too long, but now they are bigger than ever and continuing to grow.

What is an NFT?

NFT is an abbreviation for Non-Fungible Tokens. They are also known as ERC721 tokens. Non-Fungible Tokens refer to a unique and non-interchangeable unit of data stored on a digital ledger, usually identifiable as a Blockchain. What is an NFT art work? It occurs when art is tokenized to create a digital certificate of ownership that you can buy, use, and sell. Through the use of Blockchain technology, your ownership is certified for your specific and unique digital object on an incorruptible ledger. Your digital objects can vary from images to characters, to audio clips, and so much more. It greatly depends on the type of NFT you own.

How Do Non-Fungible Tokens Work?

There are so many types of NFTs becoming available within the markets, with big mainstream companies finding ways to incorporate them. NFTs have become so much more than just digital art. Here are a few different types of NFTs you can expect to see:

In circumstances like event tickets and video game items, NFTs are irrefutably providing a sense of security and individual ownership. What is an NFT art piece? Some people question the benefits of NFTs within the art and music world, saying anyone can screenshot or record that NFT and own it. This can easily be disregarded by comparing it to some of the most famous artworks out there like the Mona Lisa, or a Starry Night. Anyone can own a print of Starry Night, but that doesn’t take away the uniqueness or value of the original. Aside from digital objects, how do NFTs work? As stated that greatly depends on the type of NFT. NFTs explained are more complex now than ever before, with more projects finding functional ways to use NFTs.

While NFTs have recently become big media news, they have been around and succeeded long before this craze hit. Communities have already been built around NFTs and are continuing to grow outside of all the hype due to their functionality. So after you have answered the “What are NFTs” question, you may be wondering what are some of the best or most popular NFT projects around. This is not an easy question to answer, but let’s give you a brief history of some of the greatest, oldest, and weirdest NFTs to hit the market.

It’s hard to pinpoint the origins of NFTs, but we do know that Counterparty was a big part of it. The initially released colored coins, which were not directly linked to NFTs but opened the door for more. Spells of Genesis was shortly after launched on Counterpart, and was funded by launching a token known as BitCrystals, used as the in-game currency. Rare Pepes was where this project really found its footing and proof that users wanted to own unique digital items. Buying the rarest Pepe was the aim of the game. This project quickly moved itself onto the Ethereum network.

Launched in 2017, CryptoKitties was among the first NFTs to go mainstream, powered by the Ethereum network. The premise of the project was digital kitties, each with its own unique cattributes which could be transferred by “sirring” out your kitty for mating. This NFT project didn’t have people asking “what is an NFT art” but rather how does it work? The functionality of the CryptoKitties game allowed players to adopt, raise, customize, and trade virtual cats. The game become so popular that it ended up congesting the Ethereum Network, and some payments took up to 3 days to be confirmed.

There is some debate up about which NFT has sold for the most money, the reason being who sold it and who it was sold to. A CryptoPunk NFT that sold for $532 million. Because of the transparency of Blockchains, you can see where money is being sent. The case with this NFT sale is that the person selling the NFT is the same person buying the NFT. The reasoning behind this sale is still unclear, but many don’t consider it a legitimate market movement. The highest legitimate sale for a CryptoPunk is $11.7 million. Other than this, the highest value NFT sold is considered Everydays: the First 5000 Days by Beeple, for $69.3 million.

So What Is An NFT?

We hope that throughout the duration of this article we have helped you better understand NFTs, their history, their value, and where they will go within the near future. With high-tier companies like Disney, Coca-Cola, Louis Vuitton, and the NBA embracing NFTs, the signs of an adoptable future are here. We even have celebrities like Jane Fonda, Ashton Kutcher, Mila Kunis, and Chris Rock working together on Stoner Cats the series, which can only be watched when you purchase their NFT.

The potential of NFTs is hard to deny, and we see this as it becomes more mainstream. Find an NFT that fits your needs, whether that be for gaming, collecting art, watching series, and so much more. NFTs are no longer confined to the limits of an image. If you are considering investing or wanting to buy a more functional option, we hope this piece helped enlighten you of what it is and what it can do for you. And that’s that, NFTs explained.

What does it mean to own an NFT?

Owning an NFT means you are the only person in the world to own that specific bit of digital data, whether that be an image or a song. It also means you financially support artists you like. Some NFTs give you access to playing games, which is another benefit among many more.

Where to buy NFTs?

Most NFTs can be purchased through the Ethereum network, but due to high fees and low speeds, other NFT marketplaces have become available. Some of the more popular NFT platforms can be seen as Mintable, OpenSea, Solanart, Rarible, and Nifty Gateway.

How to create an NFT?

This question is a little more tricky to answer, as your creation depends on the type of NFT you want to make. Create your NFT, choose your blockchain, set up your digital wallet, select your NFT marketplace, and upload your NFT file. Then let the sales come in.

How secure are NFTs?

As explained early, there is some disagreement on the security of NFTs as users can just screenshot or record NFTs. But like paintings and prints, you will always be the original owner of your digital item and this ownership can be confirmed within the Blockchain network ledger.

Are NFTs a good investment?

This depends on what NFT you purchase, the scarcity of it, and how unique it is. As stated, we have seen NFTs that cost nothing but time eventually sell for up to $69.3 million. In terms of functionality, plenty of game platform NFTs has seen significant sales arising. So we say yes.