Explore the main reasons why cryptocurrencies fail, including scams, failed use cases, price volatility, and more. 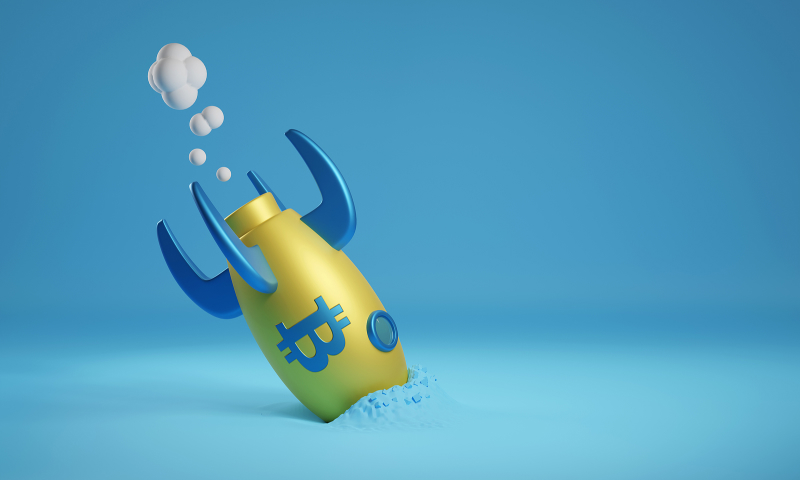 Although Bitcoin (BTC) had been around since 2009, it had largely been viewed negatively by the public during its early years due to its notorious use for drug trafficking and other criminal activities on the dark web. The real turning point was when Laszlo Hanyecz bought two pizzas for 10,000 BTC, which was valued at $30 USD at the time. Arguably, what really shifted public perception of Bitcoin and altcoins was the release of the Ethereum blockchain in 2015, and the new accessibility to blockchain and the potential wider applications of blockchain technology beyond a store of currency that Ethereum introduced.

Two years later saw the rise of the ICOs, which was a method of rising fund for new blockchain projects by selling tokens to investors. However, the market was soon inundated with projects which ultimately lead to an investment bubble. This bubble inevitably burst, largely due to three main factors:

We will explore these and other reasons for why cryptocurrencies fail below.

As it sounds, these coins are sold on the basis of intentionally false promises. The actors launch an ICO, sells the tokens, and then disappears with the proceeds. They usually have a legitimate-seeming whitepaper and know how to pitch their product to generate hype. Inexperienced traders, and sometimes even those who have been involved in the crypto market for a while, will fall for the scheme and invest.

Furthermore, many ICOs are run anonymously or require cryptocurrency donations, which makes it nearly impossible to take legal action against such bad actors. This causes investors to not only lose out financially, but to also lose faith in further cryptocurrency investments.

Other scams include false hype, whereby false sales will occur, thus pumping up the price. When investors see the sudden rise in rise, they might feel  A recent example of a scam coin include the Squid Game scam, which saw around $2.1 Million USD being stolen from investors.

Despite the optimism of the whitepapers and genuine desire of many developers to design their dApps and other blockchain-based projects, many projects failed to be actualized due to underestimating the amount of capital required to develop the project, unforeseen occurrences, loss of interest in the project over time, too many competitors, or lack of customers or adoption, as well as many other factors. If a project fails to materialize, meet its objective or attract enough demand, then all tokens and altcoins associated with the project will become worthless.

Some projects can seem interesting in the beginning but can turn out to be good on paper and ineffective or less desirable than research would indicate when actualized. Additionally, while the concept may have been unique at the onset, with the vast number of new players constantly entering the industry, the new idea might be discovered or stolen by a competitor. It would then become a race for implementation and release, as well as marketing and networking

After the success of dogecoin, there were many copycat meme coins that also tried to gain hype value on the market, but most were unsuccessful in their attempts. This can be seen from the list of meme coins on CoinMarketCap.

If a cryptocurrency’s blockchain is hacked, it proves that it is fallible and that is the end of all trust in the network. Although some platforms have the capacity to make adjustments to fix such occurrences, as with the DAO hacking crises that led to the Ethereum hard fork that created the Ethereum Classic blockchain, in many cases a fix just isn’t possible.

Normally this holds true in the cases of cryptocurrency exchanges or wallets though, rather than a vulnerability on a blockchain. Two recent examples include the $100 Million USD Harmony bridge hack on June 24, 2022, and the other was over $540 Million USD worth of crypto stolen in the North Korean hack of Ronan Network on March 23, 2022.

The major barrier to widespread adoption of cryptocurrencies is their lack of infrastructure, price volatility and high transaction fees involved in performing blockchain transactions. Simply put, while the major attraction of blockchain-based currency lies in its decentralization and the anonymity of the transactors, this is of less concern to most people than concerns of ease of use and transfer fees.

Firstly, not all stores or countries recognize cryptocurrencies nor allow them to be used for purchases, largely due to their volatility. Next, the transfer fees fluctuate greatly due to demands and pressure on a blockchain network at any given time. This means that it is possible for a transfer fee to exceed the actual amount needed to purchase an item when demands are high enough, especially when it comes to Bitcoin and its notoriously high transaction fees.