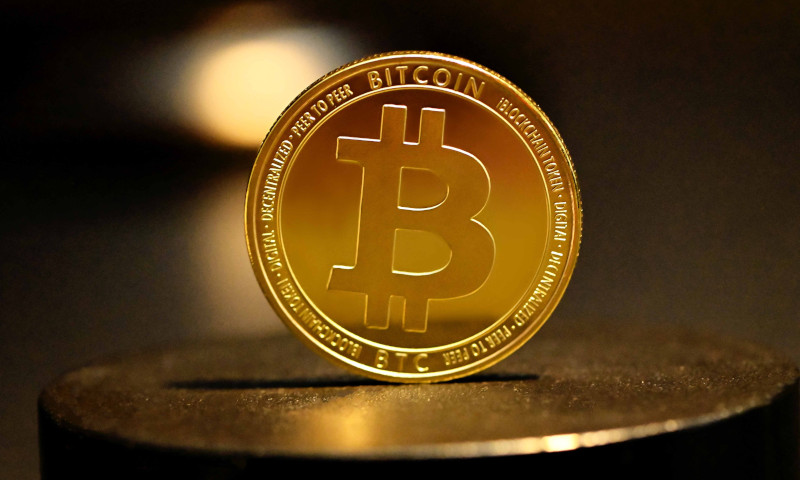 Bitcoin has been around since 2009, and greater and greater awareness of it has been spreading ever since. The major milestones of Bitcoin’s growth are scattered. We, therefore, have compiled a list of some of the most significant milestones that the cryptocurrency has achieved since its inception to make the progression a little bit clearer to you.

November 16 – Satoshi shares a pre-release version of the Bitcoin blockchain code with select members of the Cryptography Mailing List, including Harold ‘Hal’ Finney.

The Cryptography Mailing List was created by Perry Mitztger as the successor the to the Cypherpunks Mailing List because he felt that there was too much spam and unfiltered content on the Cypherpunks list, and wanted to create a more moderated alternative. The mailing list was intended for discussions on the topics of cryptography, cryptocurrencies and similar subjects. Since the participants were like-minded individuals who were familiar with the concepts, understood programming and had an interest in this field, it made sense for Satoshi to reach out to members of this list, in a series of emails that can be found here.

According to a report by CoinTelegraph, Satoshi refrained from mining during the first 5 minutes following the creation of the genesis block, with the suggested reason being to allow other miners a chance to also earn some BTC and to thereby distribute them to as many hodlers as possible. He did this with other blocks besides. 5 hours after going live, there was a minor soft fork at block 74691. This was done so that the nodes could reach a consensus on the blockchain.

January 8 – Satoshi releases the BTC source code to the public, again through the Cryptography Mailing List. This version of the source code was only compatible with Windows.

January 12 – Satoshi sends Hal Finney 10 BTC as a test transaction, making this the first ever BTC and cryptocurrency transaction ever.

October 5 – New Liberty Standard (NLS) opens as the first Bitcoin exchange service that also sets BTC at a particular price for the first time, at a rate of 1,309 BTC to $1 USD.

New Liberty Standard allows users to purchase BTC for USD through PayPal directly from them. This platform was run by an individual whose BitcoinTalk account was also called ‘NewLibertyStandard.’ It remained operational until December 28, 2009.

November 22 – Satoshi creates his account on the newly formed BitcoinTalk forum that replaced the now inaccessible previous Bitcoin forum. Although it was originally intended as a Bitcoin-exclusive discussion and trading platform, it has since evolved into a cryptocurrency, NFT and general information hub as well.

March 17 – Bitcoinmarket became the first cryptocurrency exchange platform, with BTC priced at around $0.003 USD at the time.

May 2 – Lazslo Hanyecz (using the moniker of ‘Laszlo on BitcoinTalk’) releases the binary code that allows for BTC mining on Mac OS X. He developed the code on his own.

May 22 – Laszlo and Jercos make history when they become the first pair to complete a real-world trade in exchange for a tangible asset when Laszlo bought two Papa John’s pizzas from then 19-year-old Jeremy Sturdivant (known as ‘Jercos’ on the BitcoinTalk) for 10,000 BTC.

This event is a major milestone in the crypto community that is fondly referred to as ‘Pizza Day.’ In the thread, Laszlo stated that the BTC he was offering was worth about $41 USD at the time, whereas two pizzas would be worth $25-$30 USD, meaning that the recipient of the BTC would be making a significant profit on the sale. Lazslo made this offer public on BitcoinTalk, and finally found a taker 3 ½ days after his original post. Surprisingly, he openly posted his real-world address to the forum as well.

August 15 – A major flaw in the Bitcoin blockchain protocol necessitated a fork to apply a correction to the protocol and to undo a transaction that allowed someone to create and send over 184 billion BTC to two addresses.

This was necessary not only because of how new the Bitcoin blockchain was at the time, but also especially concerning considering that the maximum number of BTC’s that will ever be mined is set to 21 million BTC total. The flaw was initially noticed by BitcoinTalk user jgarzik who alerted the community to the initial block (#74638) in which the first transaction of over 92 billion BTC occurred. This was the first major hard fork in Bitcoin’s history.

November 1 – bitboy (a BitcoinTalk platform user, not the YouTuber) introduces the Bitcoin logo on BitcoinTalk that we are now familiar with, although it is still depicted in various styles. This replaced Satoshi’s original two logo iterations.

December 12 – Satoshi posts his final comment on BitcoinTalk. That was the last time anyone heard from him.

February – Ross William Ulbricht funds Silk Road, a website specifically designed with the intention of enabling the soliciting of illegal goods and services without government interference. To do so, he adopted BTC as the medium of exchange so as to fulfill this requirement. This served to tarnish the legitimacy of BTC in its early years, as many believed it to be something only used by criminals. This was especially true since he started off by selling his own psychedelic mushrooms for sale on the BitcoinTalk forums.

April 17 – Namecoin was launched as the first altcoin and opposition to BTC.

May – Room 77, located in Kreuzberg, Berlin, becomes the first brick and mortar store in the world to accept cryptocurrency when the establishment accepted BTC in exchange for a pint of beer. Unfortunately, the establishment closed down in October 2022.

June 13 – Mt. Gox becomes the first cryptocurrency exchange platform to fall victim to a hack. Over 25,000 BTC is syphoned from around 478 accounts. At the time, it was valued at around $40,000 USD.

January 15 – The Good Wife became the first TV show to reference Bitcoin as a main subject of an episode when it aired its 13th episode entitled “Bitcoin for Dummies” during the show’s third season.

November 28 – The Bitcoin blockchain underwent its first halving, meaning that miners would now receive a reward of 25 BTC instead of the original 50 BTC.

March 12 – The Bitcoin blockchain underwent a hard fork from version 0.7 to 0.8, but there were problems with the coding, and the developers and users decided to revert to the previous version. This resulted in a loss of 36,000 BTC that had been mined on the new chain.

June 23 – The US Drug administration announces that it had seized 11.02 BTC. This was the first time that a government agency had claimed to do so.

October 1 – Ross Ulbricht is arrested, and Silk Road is shut down. Any users attempting to access the site are met with an FBI announcement stating, ‘THIS HIDDEN SITE HAS BEEN SEIZED’

October 13 – The first BTC (and cryptocurrency) ATM, a Robocoin BTC ATM, is opened in a West Waves Coffee Shop in Vancouver, Canada.

November 13 – The University of Nicosia in Cyprus began accepting BTC for tuition payments.

December 11 – Microsoft begins accepting BTC payments for its US-based customers from their online store only.

April 13 – The Free Republic of Liberland is founded as a micronation on unclaimed land located between Croatia and Serbia, with BTC as its official currency. It has since established its own digital currency. However, it is still not recognized by any major nation as a real country and is instead considered as disputed, unclaimed territory by its neighbours.

March 4 – The Japanese Cabinet approves a series of bills that would recognize BTC and cryptocurrency as a financial instrument, thereby becoming the first country to do so. However, it was only on April 1, 2017, that the country recognized cryptocurrencies as real money and not just an instrument of exchange.

October 24 – Bitcoin Gold (BTG) was created by another group of dissidents who wanted to change the Bitcoin blockchain protocol so that it would know longer allow AISC devices to mine on their blockchain, and so they implemented a hard fork to create the Bitcoin Gold blockchain.

October 19 – The first US-based Bitcoin ETF, Proshares, launches using the ticker BITO. Unfortunately, due to poor investment and handling, as well as the rapid decline in BTC value in the year that followed its launch, by October 26, 2022 the ETF had lost over $1.2 billion USD worth of its investors’ capital.

October 21 – PayPal launches its own cryptocurrency trading services for BTC, ETH, LTC and BTH for its US customers. This service was later extended to the UK market on August 22, 2021.

February 9  – BTC hits a market capitalization of $1 trillion USD for the first time.

September 7 – El Salvador becomes the first major country to accept BTC as legal tender. As part of this project, they created a free government-backed cryptocurrency wallet that could be downloaded by all citizens and included a once-off stipend of $30 USD worth of BTC to encourage its adoption in the country. This intention was originally announced on June 9, 2021. Unfortunately, the project currently appears to be failing.

October 25 – The UK government approves a resolution to recognize BTC and cryptocurrency as a financial asset.